We spoke to Sarah Collins, the founder of Wonderbag, about starting a for good business and what she's learnt in the process.

Please tell us a bit more about your business and what it does.

The Wonderbag is a revolutionary, non-electric, heat retention cooker that allows food that has been brought to the boil by conventional methods, to continue to cook for up to 12 hours, without using any additional energy source. Not only is the Wonderbag a revolution in the kitchen, but it is also a recipe for social change. The world has embraced the Wonderbag because of its environmental attributes and particularly its social contributions, because for every bag sold around the world a contribution is made to the Wonderbag Foundation to help put more bags into the hands of those around the world who live in poverty and would greatly benefit from owning a Wonderbag.

What motivated you to start it?

I am driven by a deep sense that every human needs to make a contribution and leave this world as a better place. I find that so many people out there are searching for their purpose, so I am incredibly grateful to have found mine in innovating simple, culturally relevant products that are changing lives for the positive.

Eleven years ago (in 2008) I came up with the Wonderbag product from a practical desire to continue cooking during a bout of Eskom load-shedding and because women in Africa spend most of their time and money cooking. I wanted to find an alternative that would economically empower them and their children. My intuition has always been that the Wonderbag was going to be a global game changer and, more recently, we have received numerous accolades from leading global organisations acknowledging how ingenious and revolutionary this simple product actually is.

What have you learnt about running a business along the way?

Getting funding for a new product, especially something as novel and 'unique' as the Wonderbag, was very challenging. Finding the right people to support the particular vision that I have for the business has also been quite a struggle over the years. It can also be hard living out of a suitcase, because it is relentless and exhausting.

What is one of your triumphs in starting this business?

The difference I have been able to make over time to vulnerable women and communities in need, all started with changing the way I looked at the world. Not to be a victim of circumstances, not to lament that I wasn't born a man (as I perceived men to be the lucky ones - the ones with all the power and opportunity). Once I embraced the fact that I, as a human being, had the power to choose my own destiny, to create my own opportunities, I was then able to start leading by example and once the shift had occurred in my own life, I just needed to lead by example.

I'd like to think I have given hope to people that anything is possible. I was told so many times that the Wonderbag would fail, that it would be a passing phase, that I would never have the ability or courage to take it into the marketplace. One of the proudest moments for me was when an article appeared in The Guardian Newspaper in London about a woman from South Africa who had grabbed an old concept and brought it into the 21st century. The journalist described it as something so simple yet so powerful! 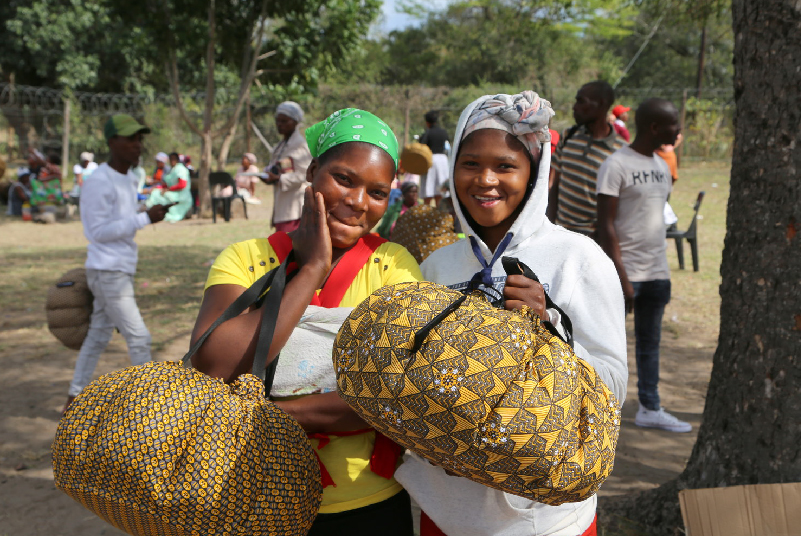 What advice do you have for anyone who would like to start a business that helps facilitate social change?

This is not advice specifically for people who want to start similar companies, but rather general advice for anyone wanting to start a business. Trust your gut, and don't let anyone try and persuade you otherwise. Believe in yourself, you have the answers, not someone out there with an MBA or more work experience or a PHD. Listen to people around you, but check in with yourself before you do anything. And when in doubt - don't!

Put into place smaller more realistic targets. Achieving smaller targets will help you gain the courage needed to achieve your bigger goals. It is important to have a business mentor as well as a personal one. Someone who understands you and your business. Someone who will give objective advice but is empathetic too and who believes in you.

Spend less money than you want to. Rather grow your business organically and take smaller steps. More money and more people do not mean quicker and easier success. Don't saddle yourself with debt. Grow organically until you are in a position to handle debt with structures and scalability. Know and get your markets right before you take on debt or partners. They can make you or break you.

What words/ motto/ quote do you live by or gain inspiration from?

I am continually inspired by the women of Africa and a common Zulu saying is:

"Alone we walk fast, but together we walk far!"
Image credit: Wonderbag
Brought to you by: Different Life