How fishing is changing the Makhangoa community


“What’s your custom for dagga (cannabis)?” David looked down at me quizzically as I gasped for air and wiped away the sweat pouring down my brow. I would have answered - if only I could breathe. 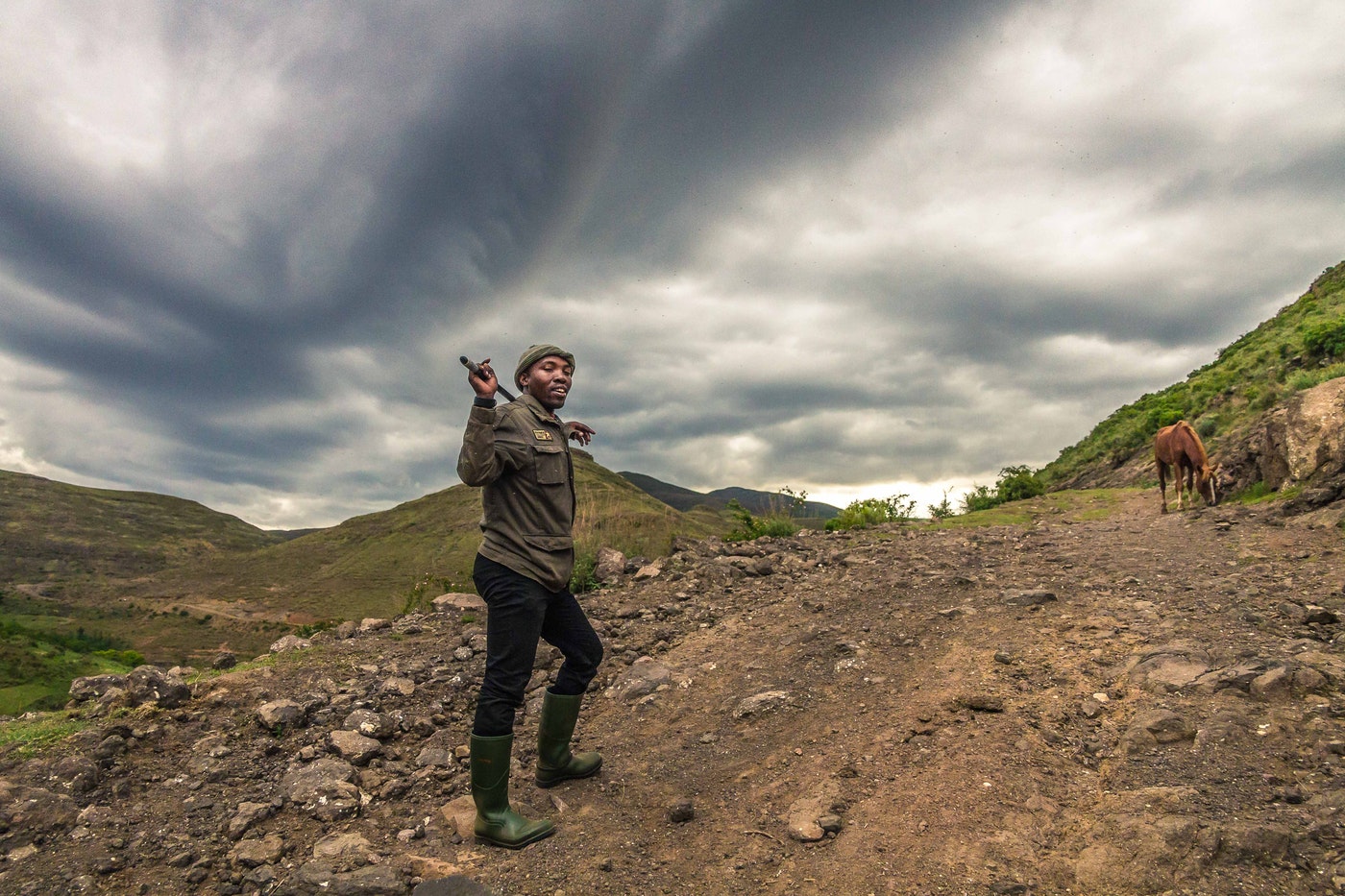 At 2600m elevation the air was thin and I had forsaken my breathing for my pride, as I'd attempted to keep up with him as he nimbly hopped up the side of the mountain, reminiscent of a happy mountain goat. Living at high altitude and climbing these hills since he could walk, David, a river ranger for Tourette’s Fishing, had insisted we climb the mountain to take in the beauty of his village and for him to better tell his story from that vantage point. 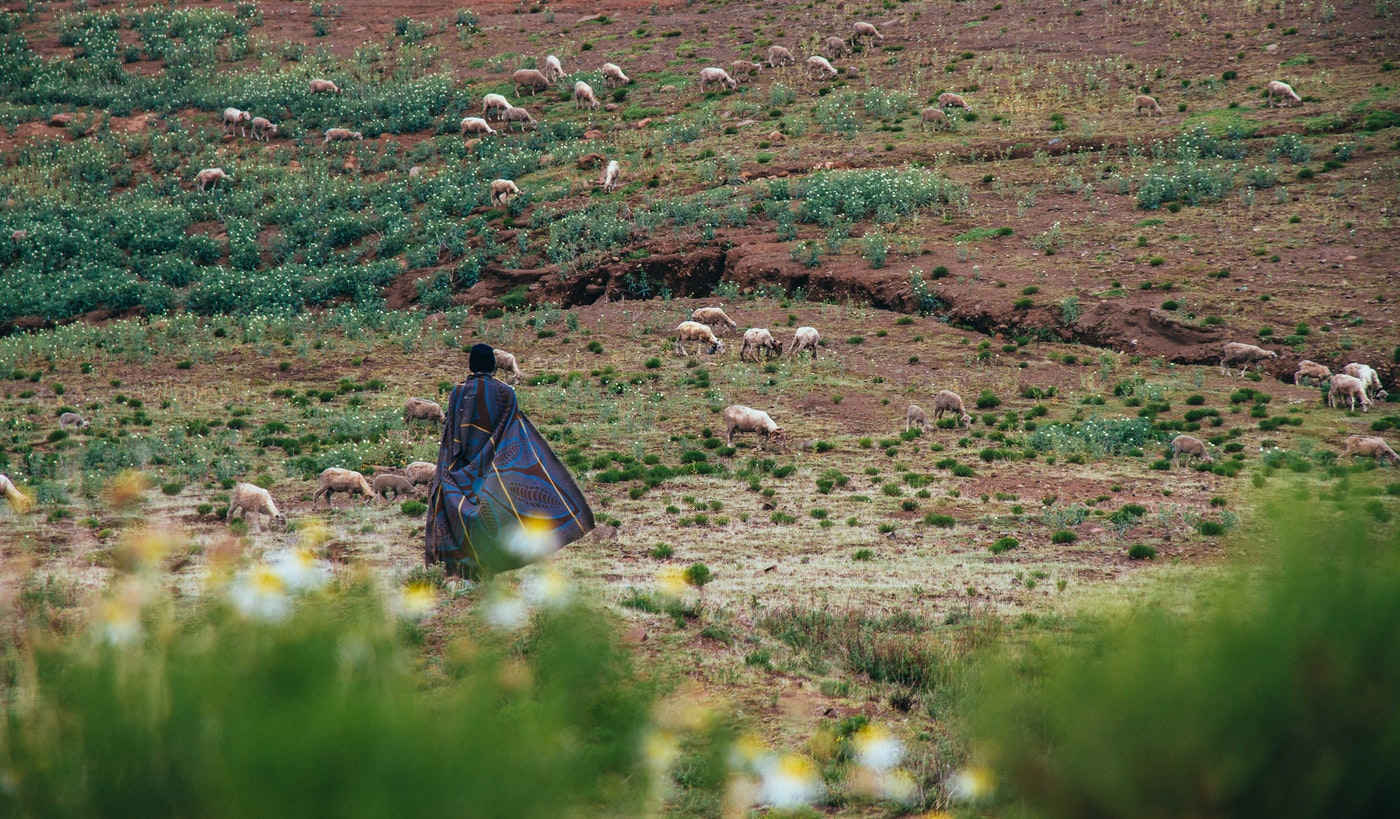 Looking down on one of the local sheep herders

I finally trundled up to where he was standing overlooking one of the long winding valleys of the majestic Maluti Mountains. To one side sat Makhangoa village, sprawled out over the lower reaches of the mountain, and to the other, lay our humble but very well appointed fishing camp.

Wearing his traditional blanket and sporting the latest in mountain gumboots, David proudly pointed out various aspects of his village. The scene resembled something out of a Tolkien novel. The warm evening light lit up the green mountain slopes and the glassy water of the Bokong River while smoke lazily curled skywards out of some of the stone homes.

David (31) has been working as a river ranger for over four years but he explained, in the third person, that earning money as a young man is difficult. “David has not always had a job. David used to sell dagga in Pietermaritzburg but the police never caught David because David hid under bridges in the day and sold at night.” 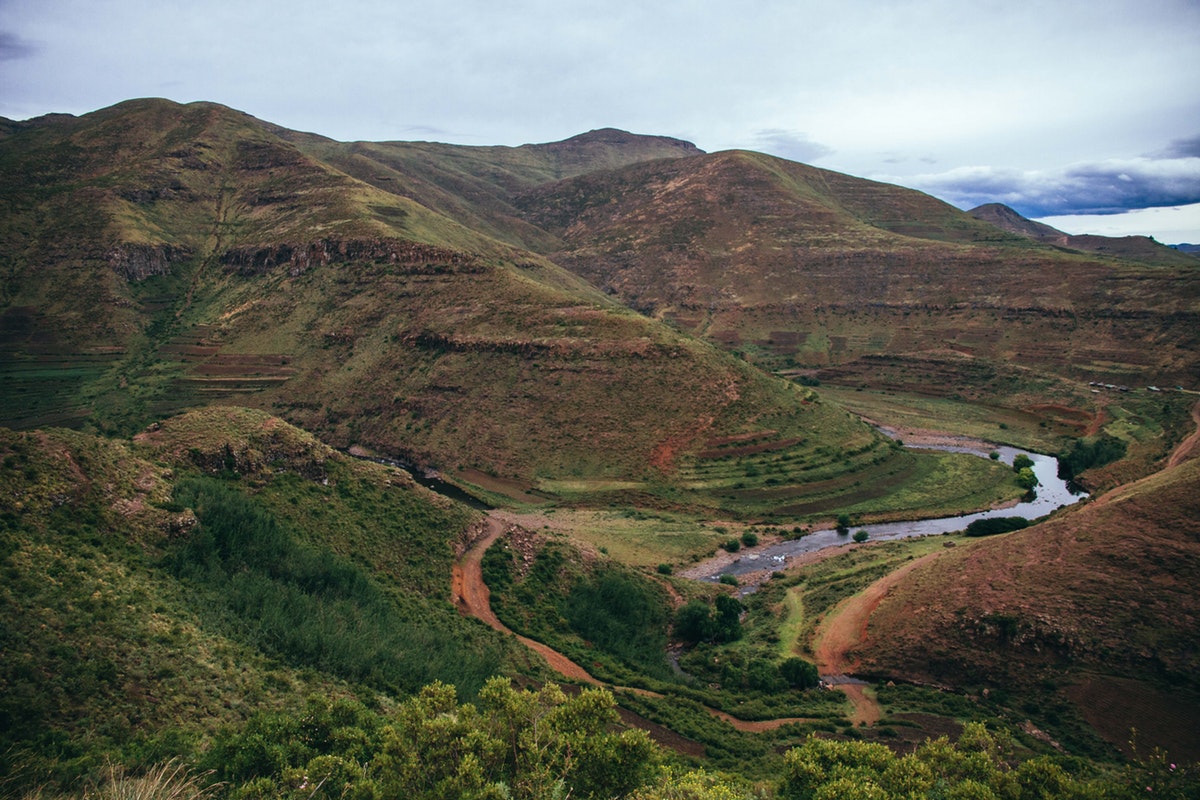 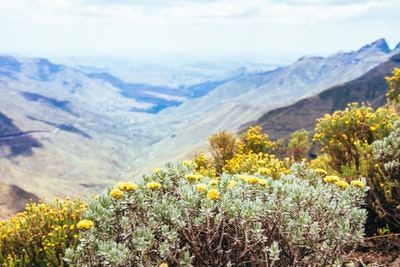 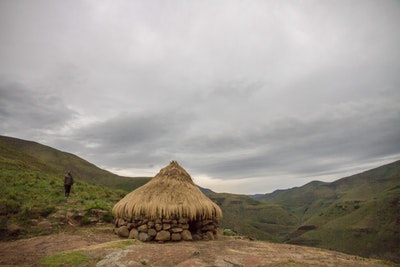 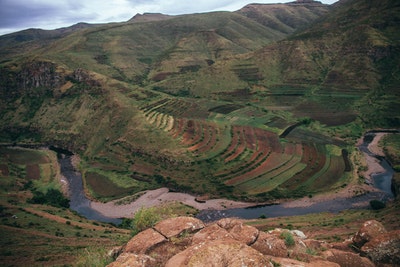 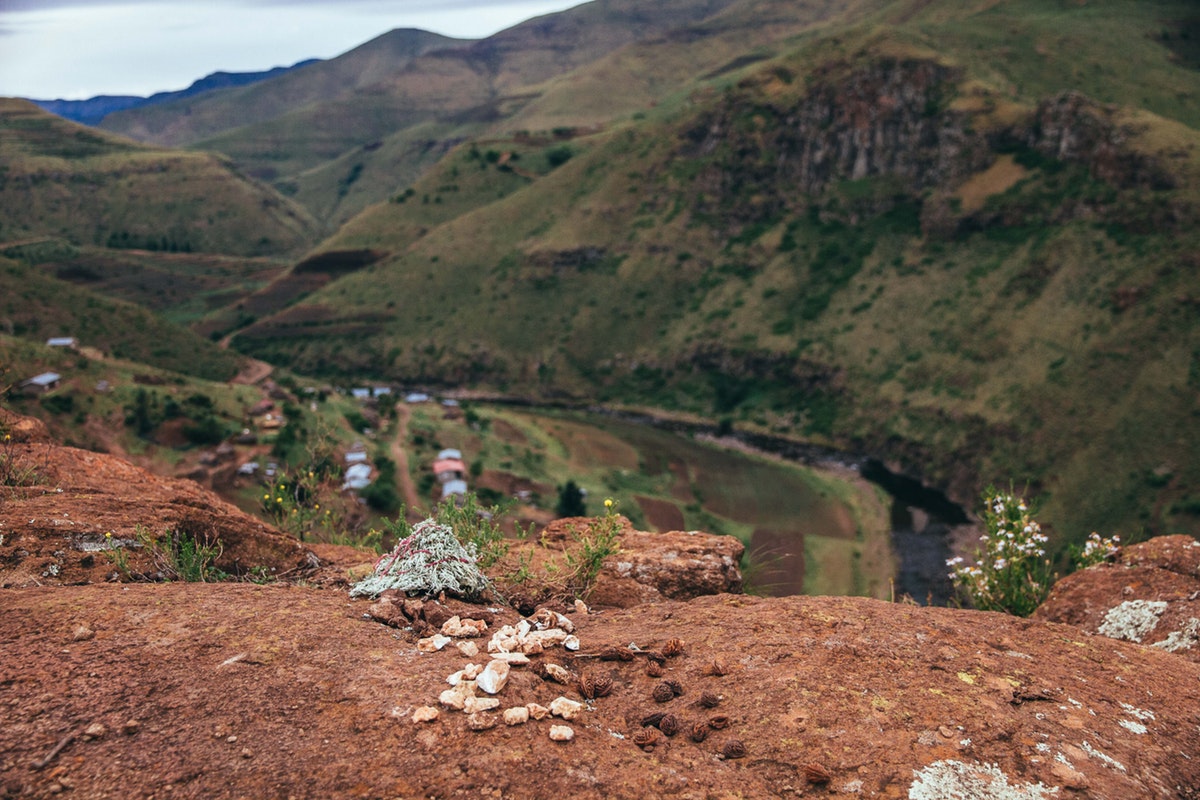 Satisfied the view had been appreciated, we started our descent from the mountain peak. Finally I was able to breathe again. David saw an opportunity to size up this urban Jozi boy. “How many sheep do you have?” “Not one,’ I replied as he bolted off to wrestle one of his Mohair mountain goats. Proudly he returned steering a large goat in for a picture and announced, “David and father have 290 sheep.”

Releasing the goat he started getting personal, “How many cows do you have?”
“I don’t have any cows but I do have a car”, was my response.

Bemused and unimpressed, David also thought it ridiculous that I did not have a dog either. “David and father have 50 cows and many dogs". 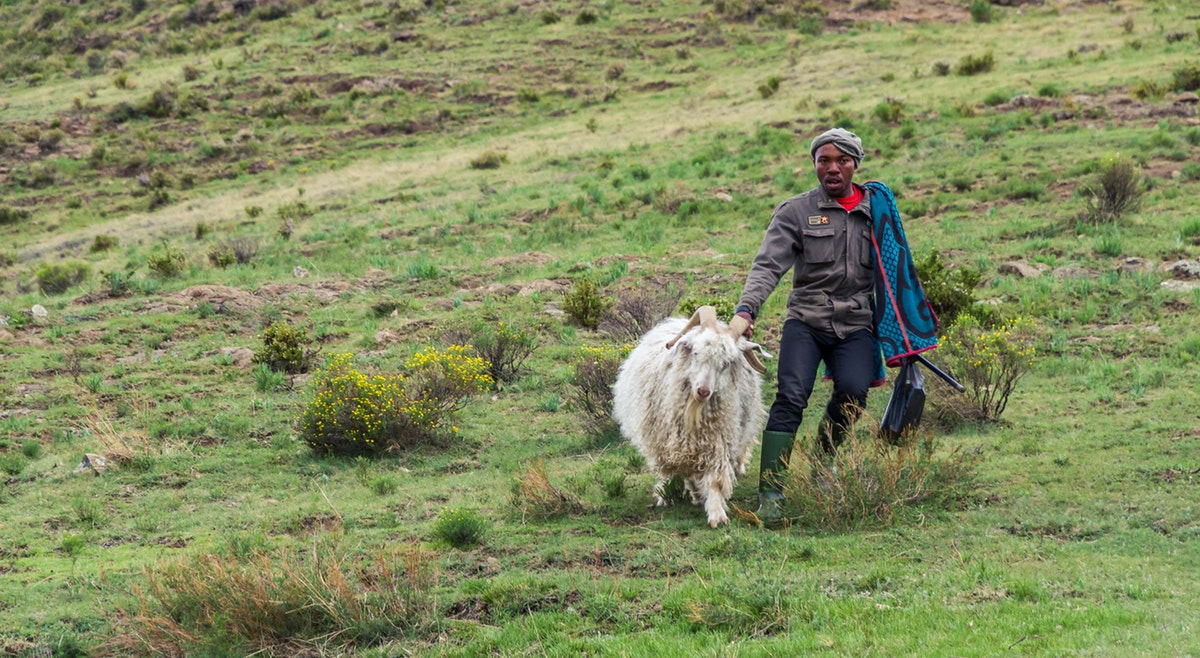 Arriving at his father’s house, one of his many dogs bolted out to devour the stranger. Dodging the canine’s teeth and trying to appear nonchalant, I hurriedly entered the small dark hut. Inside, seated around a fire was David’s father and a few close family members finishing their dinner. A few of the inhabitants giggled nervously as this strange person looked around and respectfully took a few photos.

David was a proper host and introduced me to everyone, one by one, and then handed me a bowl with blackened meat and pap. “This is my sheep,” he proudly explained.

Generally an adventurous eater I’m willing to take on most foods, except organs. I suspected the bodily origin of the food due to the large bowls of sheep organs neatly placed on a table by the fire. I gingerly took a large bite of the meat, not wanting to dishonour the hospitality, and my suspicions were further confirmed by the tough sinewy texture.

I chewed for a minute or two and then mustered the courage to ask: “Which part of the sheep is this David?” Pointing to his stomach David responded with, “the inside!” 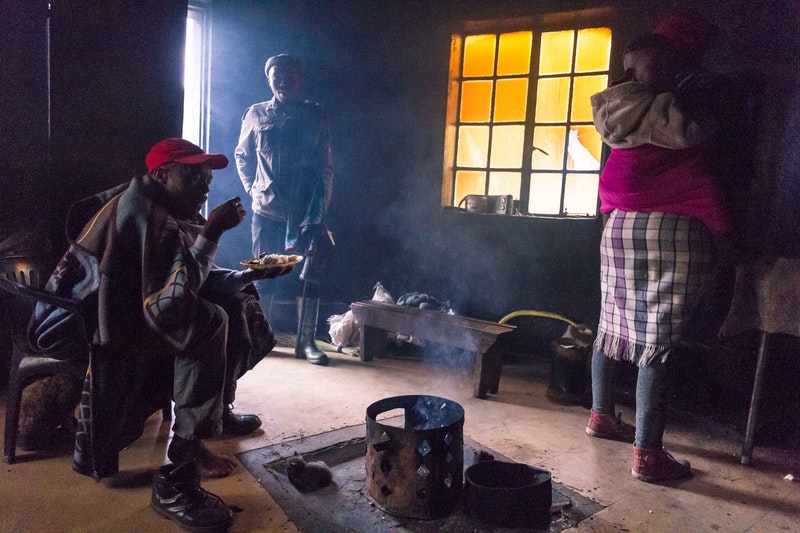 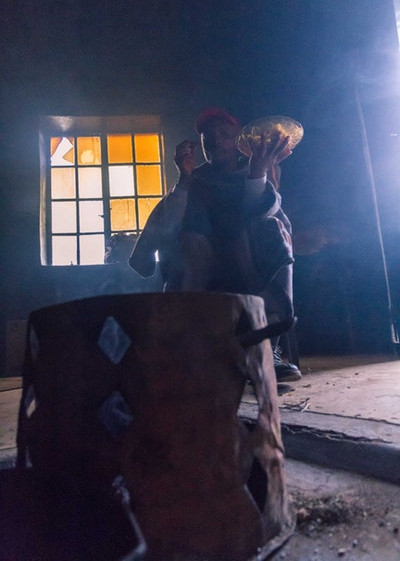 After visiting his father’s house we walked the short distance to meet his wife and four-month old child. David then told the story of his journey to family man and community contributor, which started when the Makhangoa Community Camp was under construction. He arrived every day to lay stones and help construct the walls of the camp. Desperate to leave his days of drug smuggling behind, he never missed a day of work. Impressed with his diligence, the fishing company promoted David to river ranger. 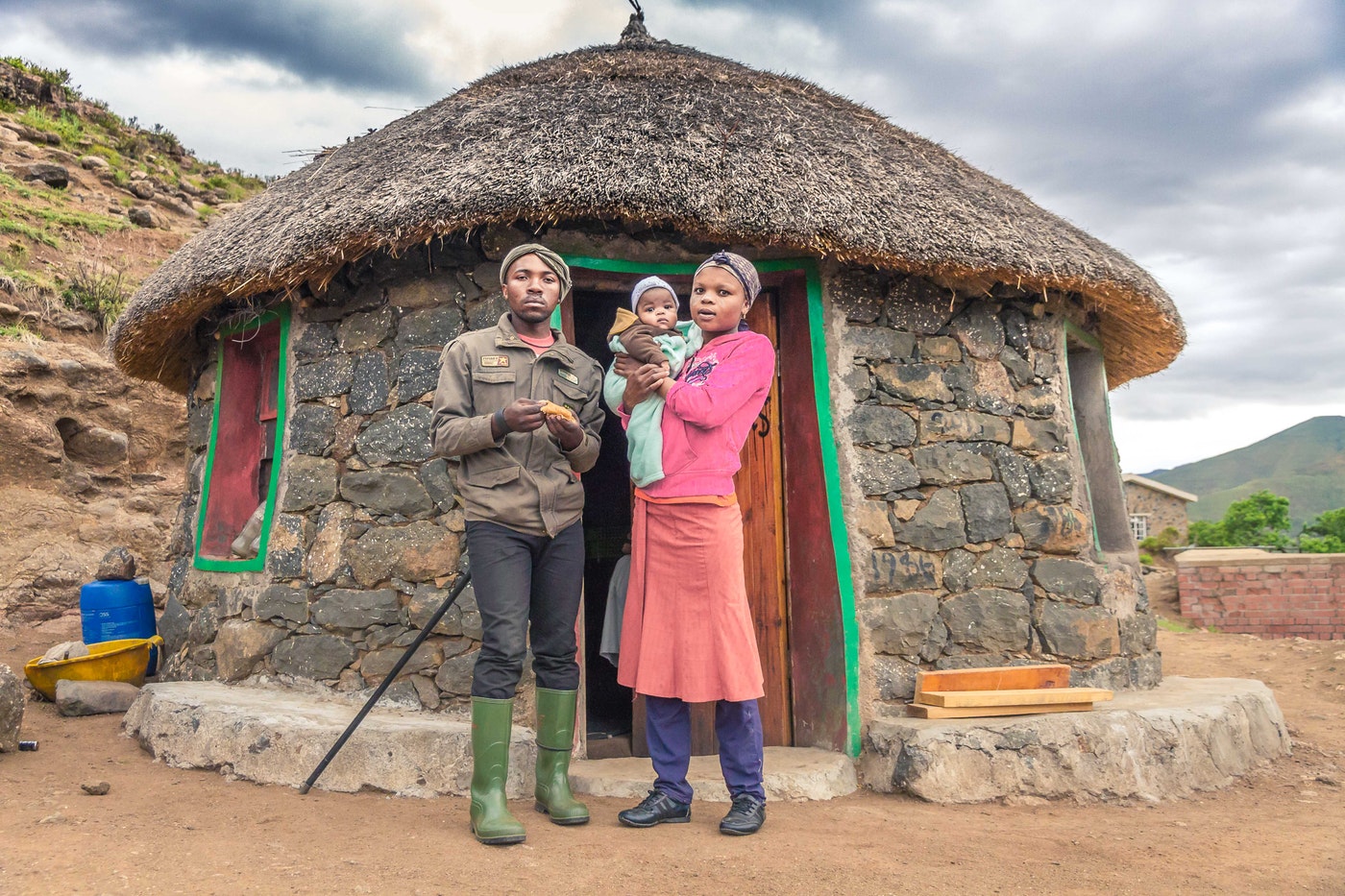 The Makhangoa Community Camp has changed the remote Makhangoa community for the better. Visitors to the camp pay a tourism levy which goes directly to the community and the camp employs locals from the village. The funds received from the levy have provided for a footbridge to be built across the Bokong River, enabling children to attend the school during periods of flooding. The community also intends to use the funds to bring electricity to the village. 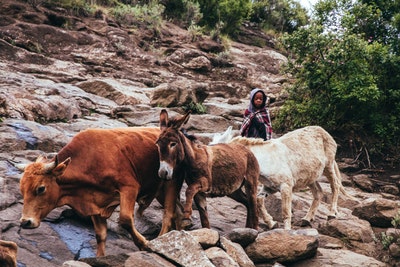 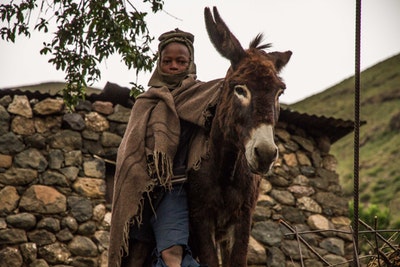 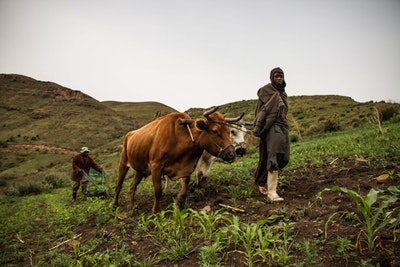 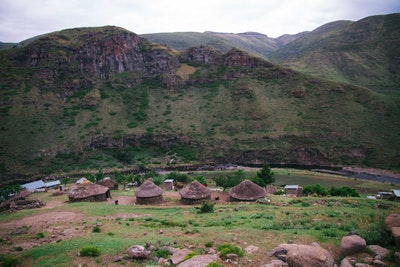 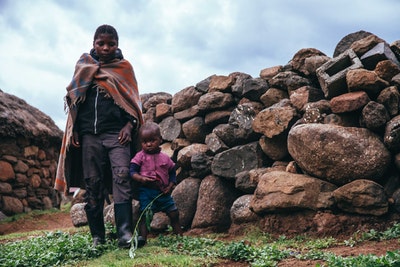 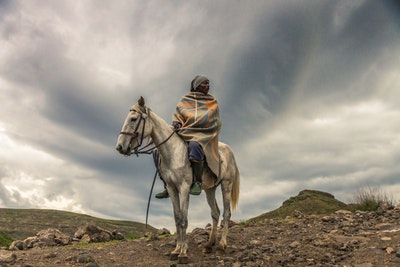 Leaving David's house, we finished the village tour by visiting the school which educates 48 children. He proudly explained how the camp donated stationery to the children, a much appreciated gift in resource-scarce Lesotho. As dusk fell, we headed back towards camp along the river, which was clear enough to spot a few yellow fish rising to eat invertebrates.

The Makhangoa Community Camp has transformed this small community of just 60 families. The employment and levies have been a catalyst for change, but importantly the benefits flow both ways. The river ranger project has raised awareness in the community of the benefits of conserving their natural resources. For the most part there is no litter, no illegal dipping of animals in the river, and the community welcomes the fishing visitors. More fish means more tourists - and the transformation of Makhangoa.

If you are interested in a fishing adventure which makes a difference, take the road that runs past Katse Dam and drive until the road runs out. There you will find the little village of Makhangoa and the pristine waters of the Bokong River. 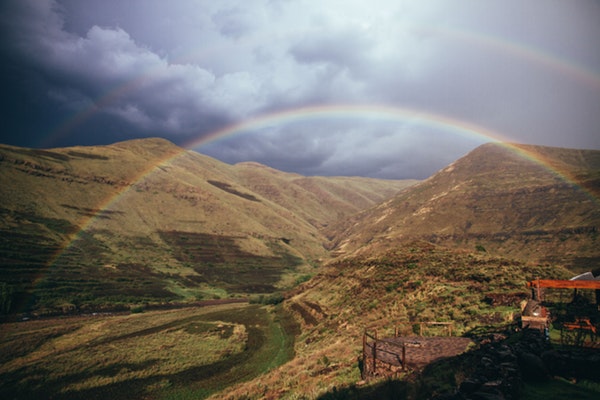 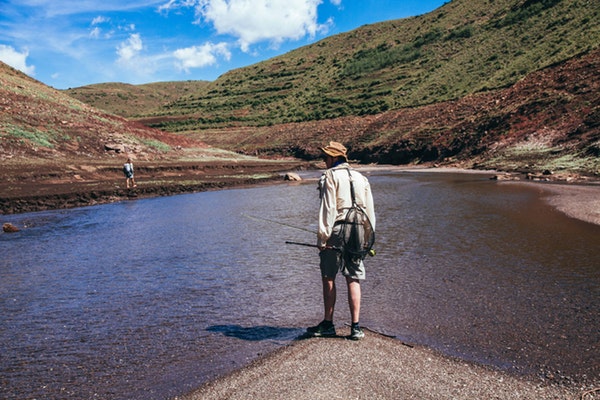 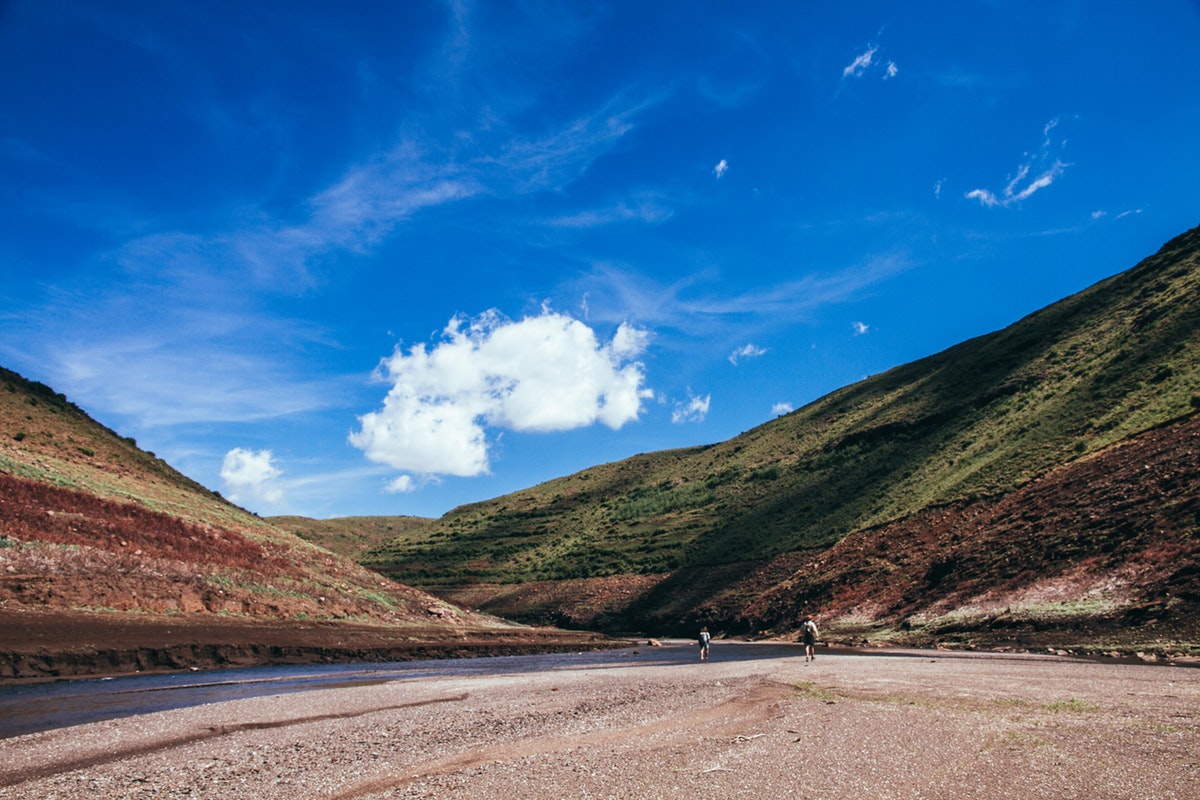 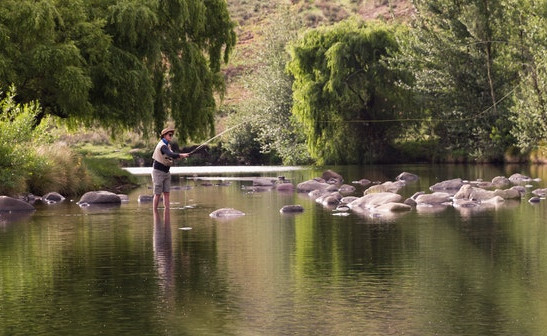 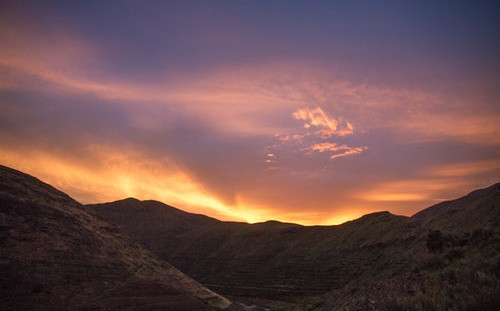 Words and images by: Ryan Sobey