Theatre in the City

A quick look at a few of Johannesburg's theatrical venues - both old and new.

Johannesburg has a long and rich theatre history. Over the years, its theatre houses have played host to some innovative, inspirational, controversial, and entertaining works. Thankfully, not much has changed. Taking a trip to any one of Joburg's many theatres today would mean seeing anything from musicals and physical theatre pieces, to live music performances, fringe theatre works, and intimate poetry readings.

But as much as Joburg's many theatres have acted, and continue to act as hosts and repositories of new stories and works of art throughout the years, the structures themselves hold many a story. While these aren't absolutely all the theatres in the city, here are a few Jozi theatres and venues worth paying a visit to. 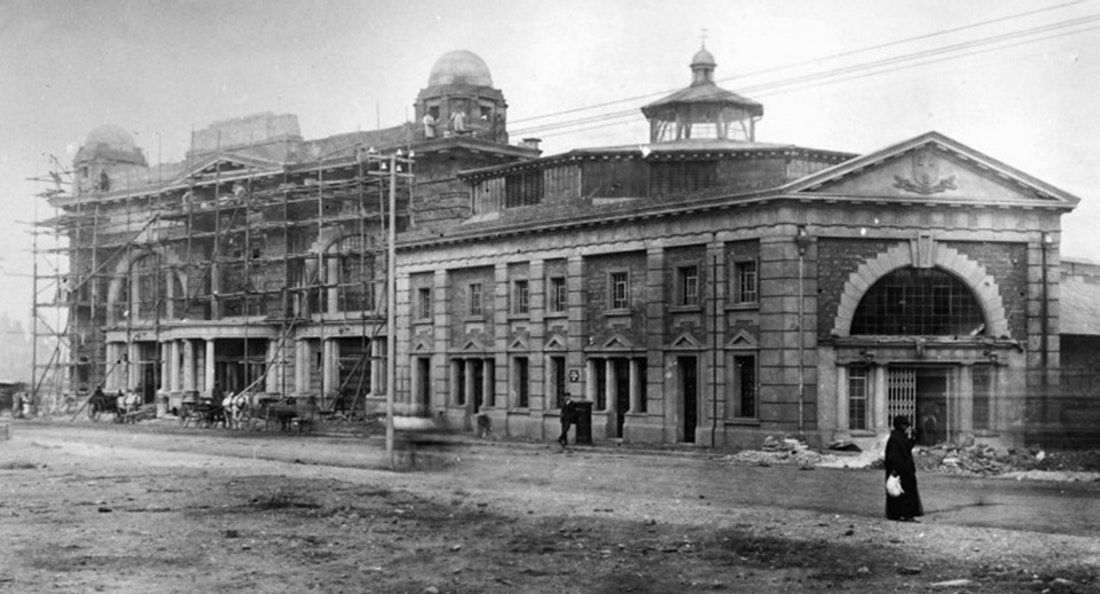 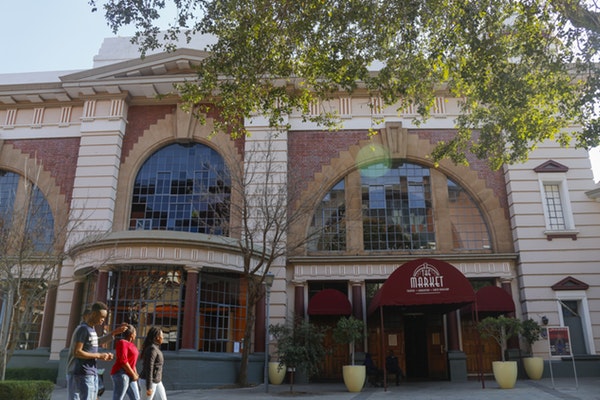 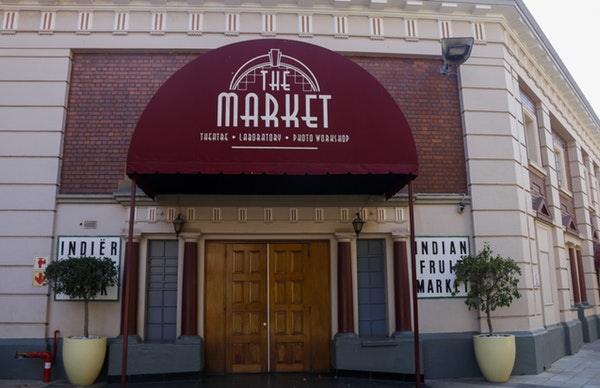 There aren't many who haven't heard of The Market Theatre. First founded in 1976 by Mannie Manim and the late Barney Simon, The Market Theatre occupies a 105-year-old building in Newtown's Market Square which used to be home to Johannesburg's Indian Fruit Market.

The building itself still showcases much of the original architecture - arched ceilings held up by large columns and grand old doorways - and much of the Market's theatrical history is paid tribute through framed black and white photographs of the many performances, actors and directors that have frequented its stages.

During apartheid, the theatre continued to champion new works by black South African theatre-makers, showing plays such as Woza Albert, Sophiatown, You Strike a Woman You Strike a Rock and more. To date, the theatre has amassed 21 international, and over 300 South African, theatre awards and continues to place innovative and challenging theatre work at the forefront. 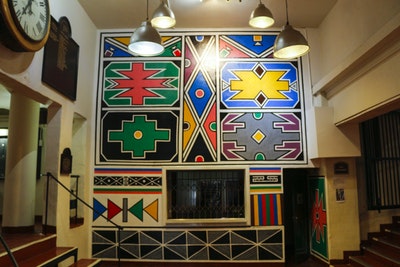 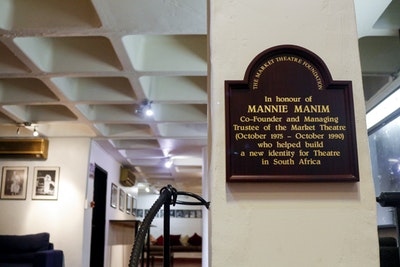 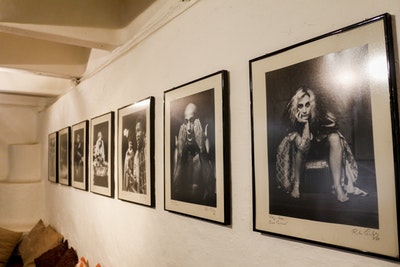 Another cultural landmark, the Joburg Theatre is the city's largest and most well-known theatre venue. Over the years, the building's gone through a good few changes since it was first built atop the Braamfontein Hill back in 1962. Around the late 80s, it underwent a revamp of sorts, transforming it into what its website refers to as "one of the most technically proficient theatres in the southern hemisphere."

Around the early 2000s, due to what many believed to be a decreasing interest in the theatre, the building became a Municipal Entity of the City of Joburg after council decided to corporatise the operating company of the theatre. While the facade of the structure isn't much to look at, the inside of the grand old building is a site to behold (and well worth a visit even if you're not there to see any theatre). The building boasts a visitor's restaurant and cafe, a grand stairway, high ceilings, and four separate theatre venues - The People's Theatre, The Fringe Theatre, The Space Theatre, and their largest and most ornate one, The Mandela Theatre.

These days the Joburg Theatre is home to the more large-scale productions and is a popular venue for those who are looking to watch a much-loved musical, ballet, or high-production bit of theatre.

If you're planning on seeing a show at the Joburg Theatre sometime soon, make sure you get there a little early. You'll want the extra couple of minutes to wander around the building. And if you're interested in what goes down behind the curtains, be sure to check out their tours. 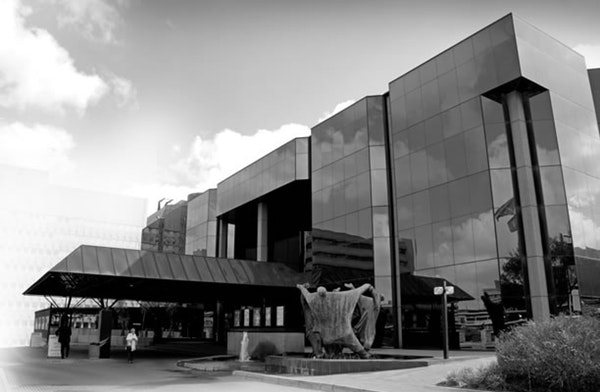 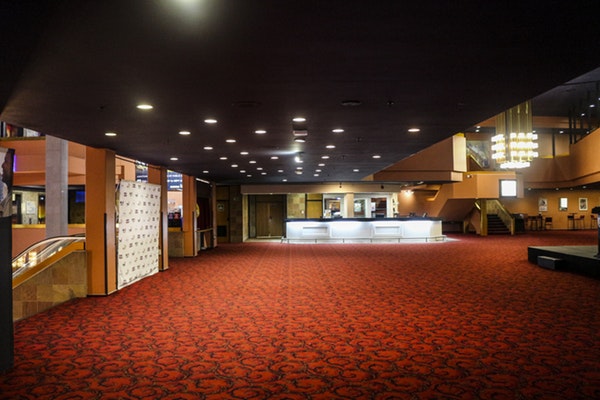 POPArt is an independent theatre organisation that's grown from strength to strength over the years. Founded in 2011 by a team of Jozi-based theatre practitioners, POPArt - which stands for People of Performing Art - is situated in the arts-centric Maboneng Precinct and aims to provide a space for performers, artists, and art-lovers alike to come together and network, as well as develop and share ideas.

To date, the venue has housed hundreds of new and innovative productions, garnered loads of media attention (and a few awards), and has largely been credited with fostering a culture of appreciation and interest in theatre amongst younger generations.

Perhaps the best element to POPArt is the team's ongoing commitment to storytelling and staged entertainment across as many mediums as possible. In addition to the various experimental theatre productions they facilitate, POPArt is also home to comedy evenings, immersive theatre, dating in the dark, the Storytellers Series and the hugely popular Naked Girls Reading.

It can be difficult to find sustainable community theatre programmes in sprawling cities like Joburg, but the Hillbrow Theatre is home to some great community theatre. Part of the Outreach Foundation, the theatre works largely with children and offers after-school performance arts programmes to youth who live in Hillbrow, or attend schools in Hillbrow and the inner city of Johannesburg.

Through programmes that offer training in drama, voice, and public speaking, the Hillbrow Theatre is a great example of theatre and storytelling as a means of both play and education. Since 2005, the Hillbrow Theatre has also been hosting their annual Inner City High Schools Drama Festival which they've become well-known for.

The building itself often serves as home-base for many of the inner-city arts events that take place such as the Hey Hillbrow! Let's Dlala festivals, and it's not uncommon to see kids using the front area of the theatre as a skatepark. 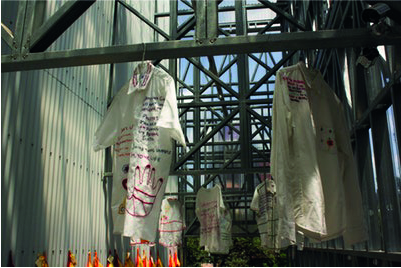 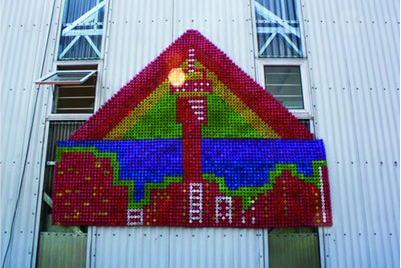 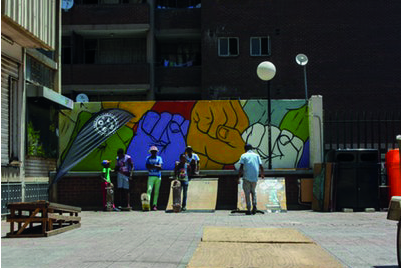 Part of Joburg City Theatres (along with the Joburg Theatre and the Roodepoort Theatre), Soweto Theatre is an exciting addition to the city's theatrical venues. Situated in Jabulani, just across the road from Jabulani Mall, the striking building is a legacy project of the FIFA 2010 World Cup (although it was only built in 2012).

Three separate theatre venues make up the building, with the main theatre opening its stages up to events such as the SA's Comic's Choice Awards, SA Idols, and Soweto Youth Orchestra events. "But before this building was built," explains Front of House Manager Happy Makena, "there was always the amphitheatre."

Built in 1952, the Jabulani Amphitheatre is a place of both political and cultural significance. The venue hosted loads of small jazz festivals which were later consolidated into the Soweto National Jazz Festival in the seventies, and local legends such as Sipho 'Hotstix' Mabuse and Rebecca Malope have played some of their early shows there. Both the amphitheatre and the Soweto Theatre now stand out as beautiful pieces of architecture.

The Soweto Theatre also has a Youth Development Programme that provides training to aspirant performers and artists across the mediums of music, theatre, and more. Most recently, their Lits'omong Drama Development Programme performed 'Commemorate', a revisiting of the Soweto Uprising through looking at contemporary examples around access to education in South Africa.

Details: Corner Bolani Road and Bolani Link, Jabulani, Soweto (next to the Jabulani Mall). Visit the website for more information. 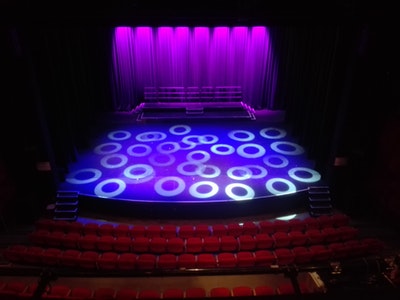 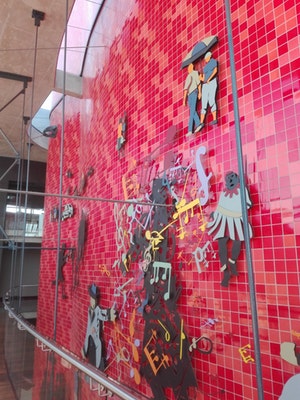 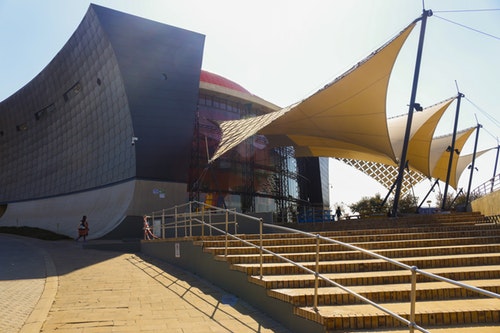 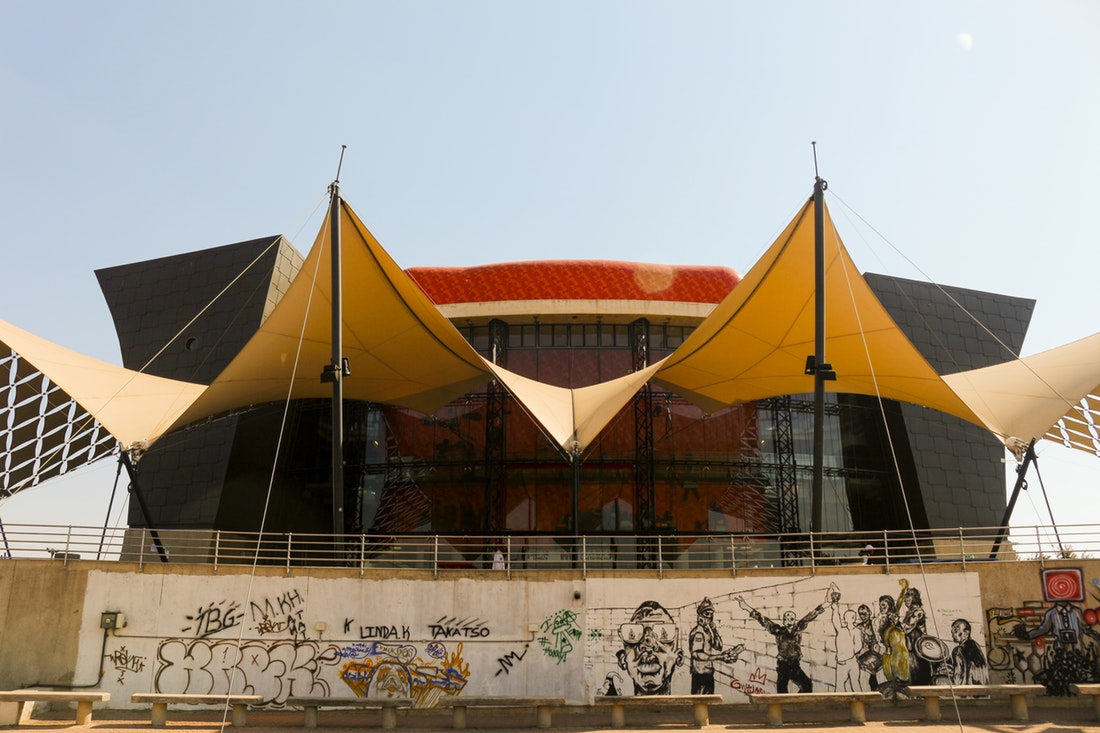 THEATRE ON THE SQUARE

When it comes to the classic 'dinner and a show' night out, Sandton's Theatre on the Square has long been a favourite. Situated on Nelson Mandela Square, there are loads of surrounding restaurants, and the small 200-seater venue allows for an intimate bit of theatre.

Musical theatre, comedy, plays, and cabaret are some of the main theatrical genres at Theatre on the Square, and over the years, they've hosted an impressive amount of award-winning shows in the small venue.

Not much theatre takes place here these days, but the Alexander Theatre is worth a mention due to the sheer beauty of the building itself. Situated in Braamfontein, the Alexander Theatre was founded in 1951 and came to host many prominent plays and productions over the years. It closed its doors in 1997 before opening again in 2007 and now functions as an events venue that hosts parties, book launches, conferences, weddings and more.

The theatre itself is a classic - ample rows of sloped seating leading down to a sprawling wooden stage - while the building's endless black and white tiles and spiral stairwells make you feel as if you've stepped into a fun-house, or a theatre straight out of Twin Peaks ' in a good way, of course. 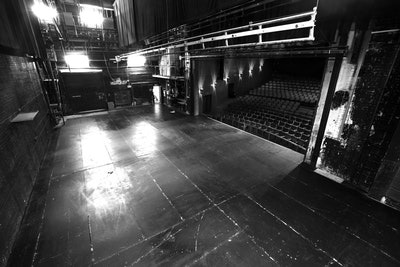 The history of the Windybrow is long and fascinating, but I'll stick to the highlights. Back in 1896, the building was designed as a family home for engineering boss Theodore Reunert. Over the years, the building became viewed as a symbol of 'the rise of Joburg's wealthy business class' - a window to the city's past - and in 1996 it was declared a national monument.

Since then it's had various ups and downs, and in 2017 the Windybrow Arts Centre was officially re-opened. Today, the building serves as an artistic venue for Hillbrow's youth and features a dance studio, an experimental theatre workshop, a performance space, and an Exclusive Books Pan-Africanist reading room.

The now 122-year-old building maintains much of its original details, both internal and external, and its new direction - that of fostering a continued appreciation for the arts - will hopefully keep it going for years to come. 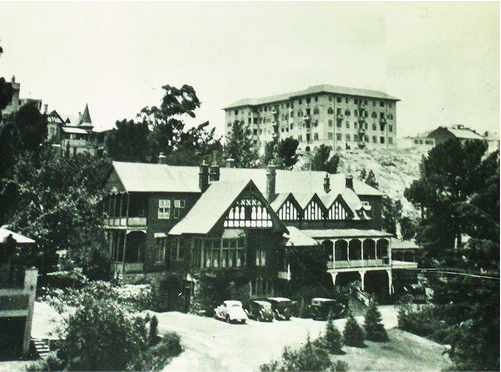 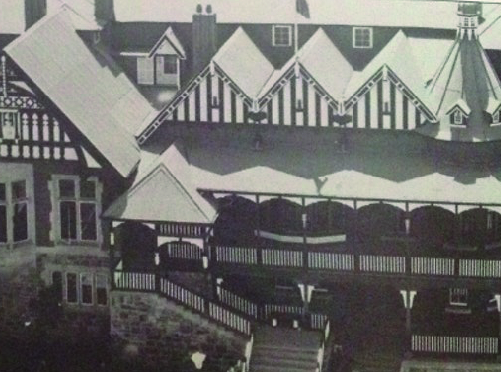 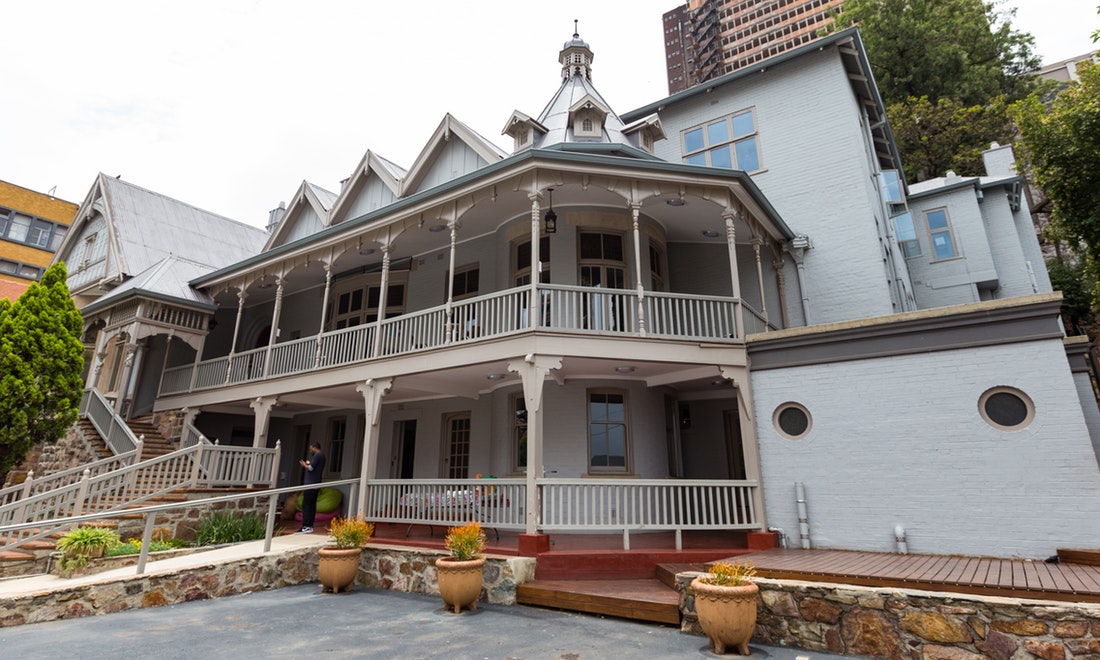