a trip to the Morara Wine Emporium

I get off the Soweto highway, pass the Orlando Stadium and travel down Klipspruit Valley Road. I take a sharp right, Vilakazi Street in my midst, and catch a glimpse of the Hector Peterson Museum as I make my way through Orlando West. Down a few side roads, a left into Kinini Street and there it is: The Morara Wine Emporium. It stands alone, vibrant in yellow and red; distinctly different from the neighbouring spazas and stores. It’s distinctive because it’s the first and only wine boutique in the whole of Soweto. 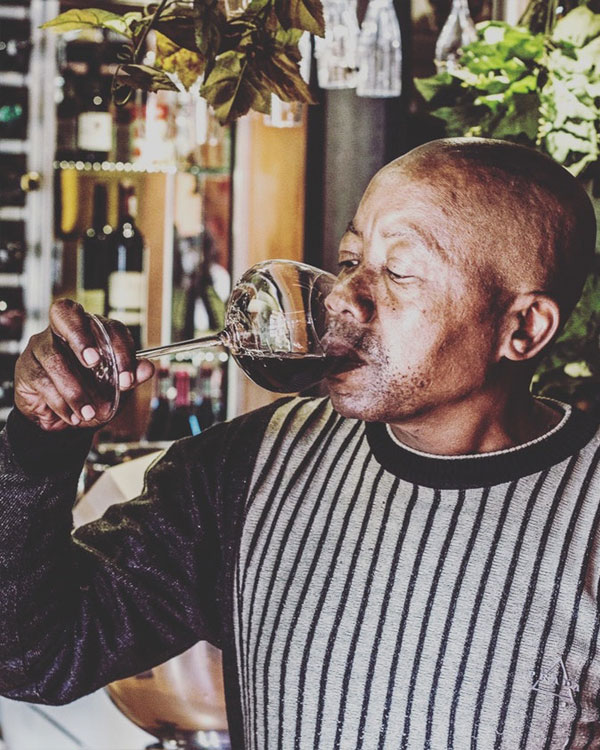 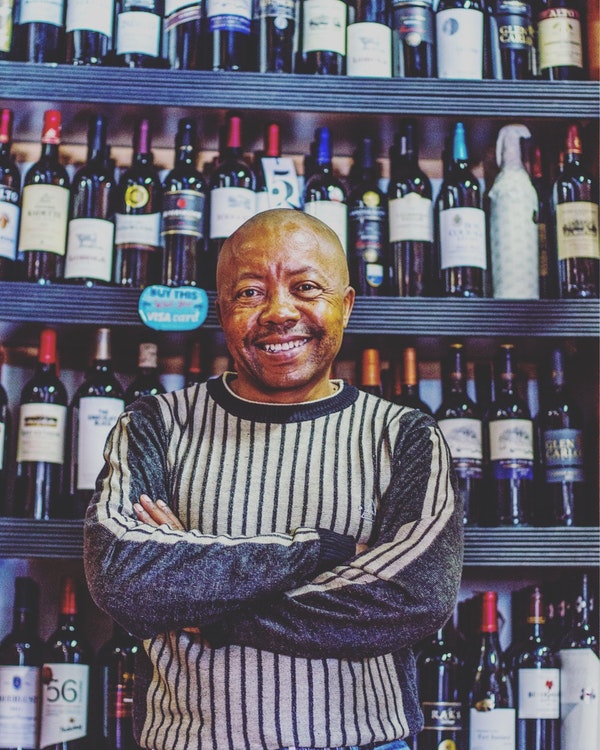 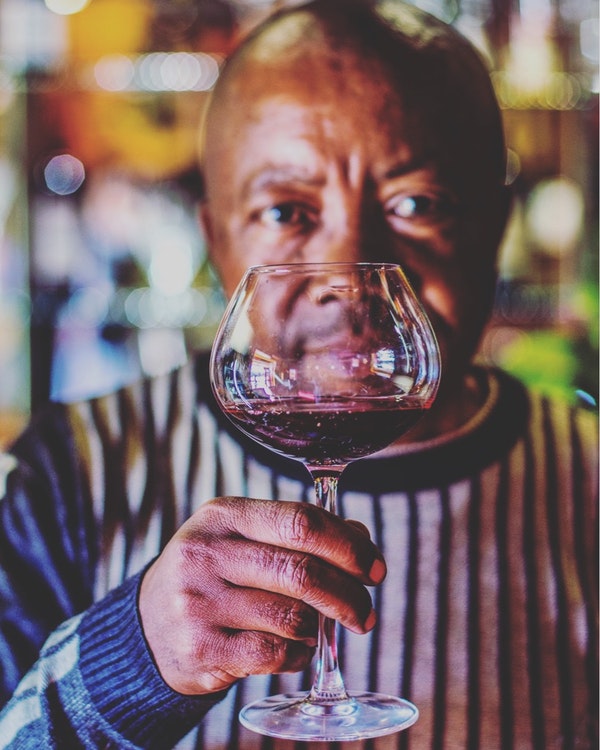 An accountant by trade, Mnikelo’s life took a dramatic turn after several visits to the Western Cape “I’d watch people sitting around drinking wine and I’d envy them because of the lifestyle that comes with it."

"Wine drinkers are different; they appreciate life a little differently. It was something that I wanted a part of, and I wanted to bring it to Soweto.”

The question then became: how?

Since 1994 there’s been a slow rise in the number of black-owned wine farms, black viticulturists and wine makers, but these numbers are still trivial, Mnikelo explains “Wine is a very foreign drink to us – we’ve been excluded from it. I was interested in the transformation of the wine industry which is still extremely lily-white and wanted to put an end to the negative perceptions that the majority of black people had of wine: that it was only for affluent, white snobs.”

He was living in Pretoria at the time and knew that one of his neighbours, Lyn Woodward, was a member of the Cape Wine Academy (CWA), “I invited her over for dinner and asked her what she thought of the idea for a wine festival in Soweto…” She loved it and immediately contacted Marilyn Cooper (CEO of the CWA).

The two met and formed a crucial relationship, Mnikelo continues “Without Marilyn nothing would have been possible; she was pushy and used her sway in the industry to get wine farms to support us. If I’d done it on my own I honestly think people would have found it laughable.” 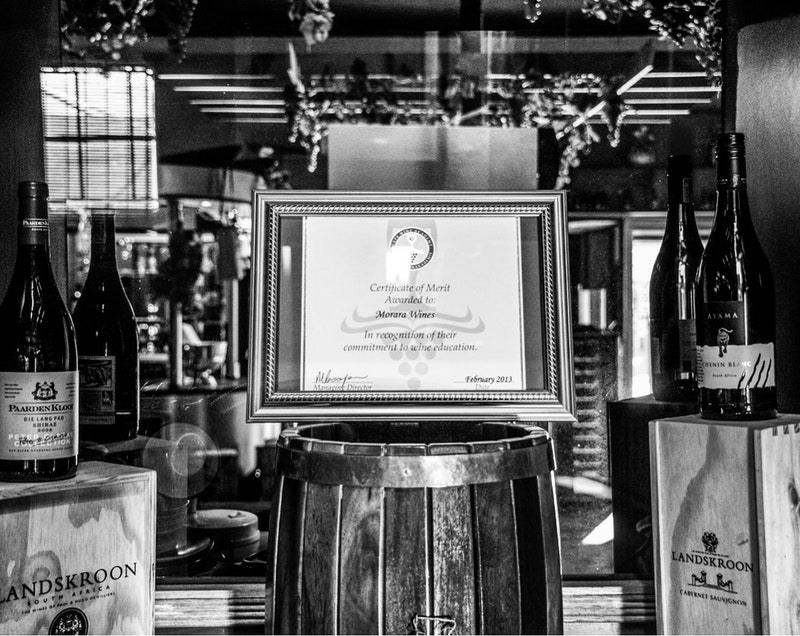 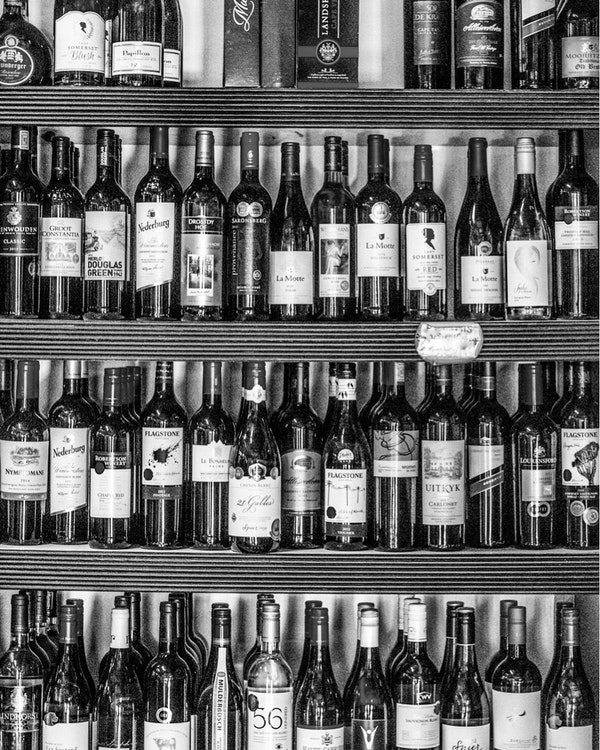 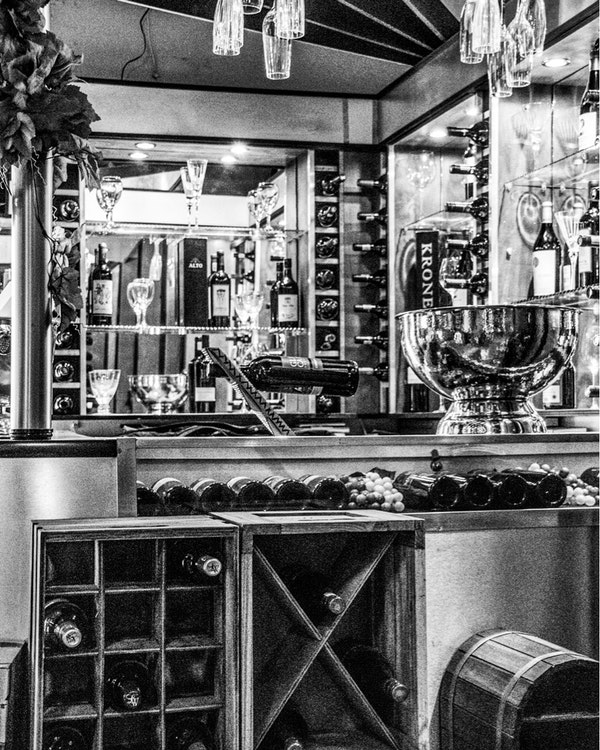 The first Soweto Wine Festival took place in 2005 at Ubuntu Kraal in Orlando West. Following its success, Mnikelo sought to keep the ball rolling, “By opening a wine shop I could keep people interested and demystify the negative perceptions people in the area have of wine. It would also help to instil confidence from wineries by giving them a platform and a permanent presence here.”

Mnikelo wanted to make it a standalone shop to ensure it was noticeable, which it is. Yellow saloon doors open into a kitsch and colourful succession of bars, wine fridges, boxes and shelves. Looking around you’ll quickly notice that all the cultivars are mixed up – it’s a little jarring at first, “The whole idea is to get people to interact and ask questions. It wasn’t like this at the beginning; at first I copied what I saw in other wine shops, but it didn’t work. People would come in, go straight for a bottle they recognised, pay and leave. They were scared to ask stupid questions. If you encourage interaction, you encourage the sharing of knowledge.”

I ask him about any memorable customers and he smiles, “A guy once came in and told me he wanted to buy wine for his girlfriend, so I asked him what kind? He said she liked sweet wines so I showed him around and found something he said she’d like. Later that day I left the shop to run some errands and saw him drinking the wine with his friends. He came in a few days later to tell me he knew I’d seen him and that he’d lied because he was embarrassed about liking wine."

"Guys like him from my generation have this misconception they’ll be labelled ‘sissies’ if they admit to drinking wine and I’m trying to change that.” 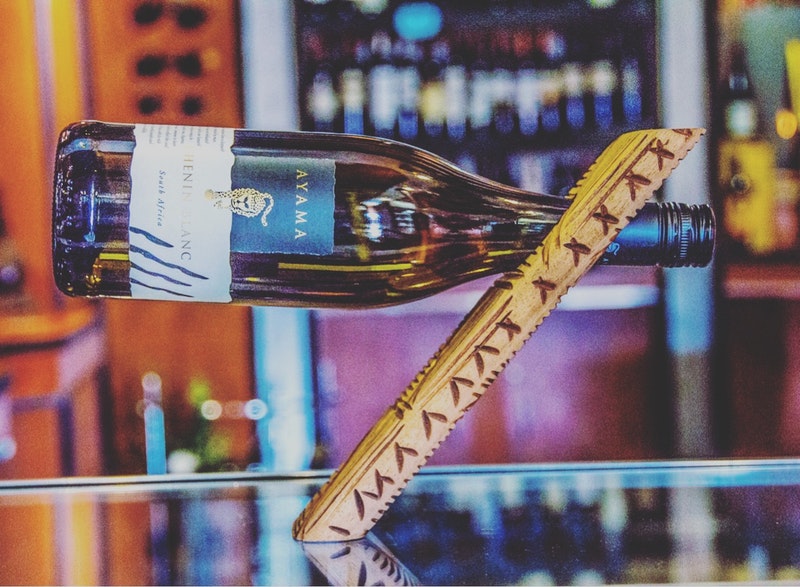 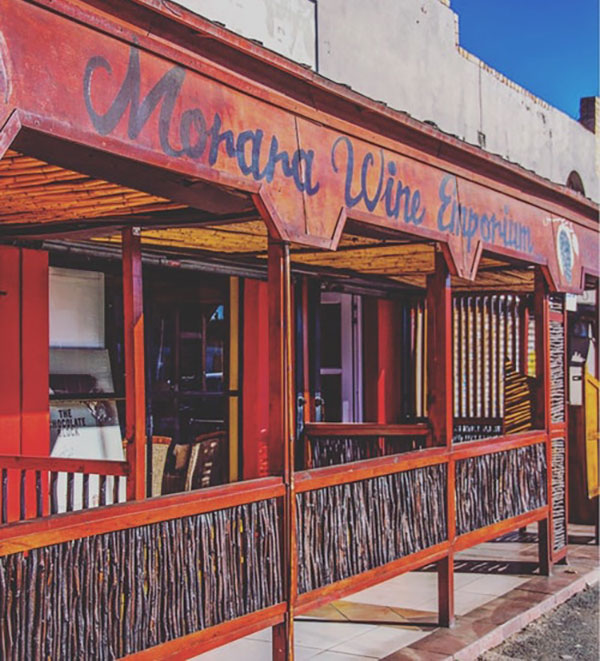 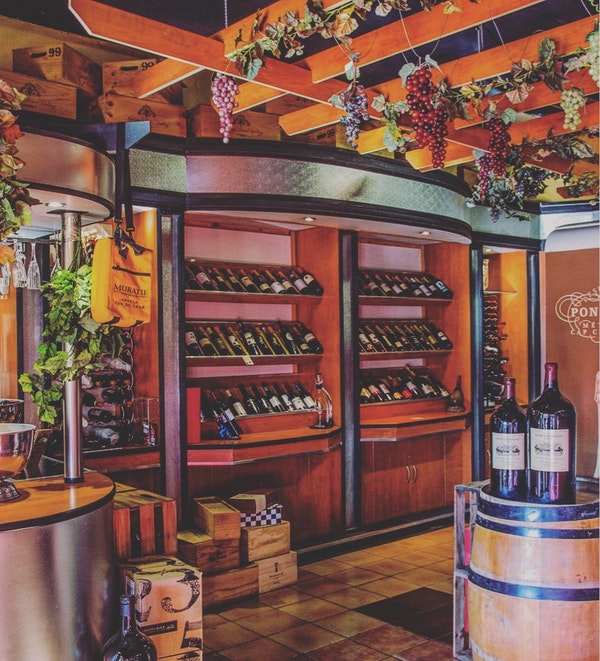 Mnikelo believes that black people stand to benefit extensively if more were to participate in the wine industry at any level.

“In the townships we don’t have role models anymore, everyone making anything moves to the suburbs, so we see our business as inspirational to the youth. If there were more wine shops in Soweto it would inspire upcoming youth to seek out careers in the wine industry and thus transform the wine industry at large. It would also shift the mind-set of industry owners to invest more in marketing here.”

I ask Mnikelo why marketing is so important and he explains, “New wine farms don’t get space in big stores. That’s one advantage of having a wine store in Soweto: we have direct interest from black wine producers and we can give their brands traction. If you try and compete with the Rupert’s you’re never going to win, but if we take control of the marketing on this side we can create the demand.”

Thus his approach to getting more young people involved: “I want to encourage them to focus more on marketing wine rather than producing it. I bought shares in CWA in 2012, and in 2013 we bid for the Wine Learnership Program (supported by the Departments of Agriculture, Tourism and Social Development). We won, and recruited 500 unemployed matriculants here and in the Western Cape; they took part in a 12 month, fulltime training course. 90% of them qualified and are now being absorbed into the hospitality industry.” One such graduate, Rowena Setle, now works as Mnikelo’s assistant.

In the same token Mnikelo speaks of needing distributors that will focus on black areas “When you look at the major distributors, the investment they put into marketing wine in Sandton or the Southern suburbs is very different to here. A focus on Soweto and nearby townships would benefit transformation.” I ask him if he’s ever thought of getting involved, he laughs and nods, “I’m working on it as we speak.”

Mnikelo ushers me to the bar and opens a bottle of Spier Creative Block. We talk about the festival, now in its 12th year, and his want to replicate it in other black areas across Gauteng (followed of course by more wine stores). We laugh, debate and muse our way through the bottle…and just as I’m readying myself to leave, Mnikelo looks at me and says, “Nobody’s been courageous enough to believe that this industry can be transformed. More than anything I’ve learnt that you need to invest in patience. In terms of my investment, it’s starting to bear fruit.” 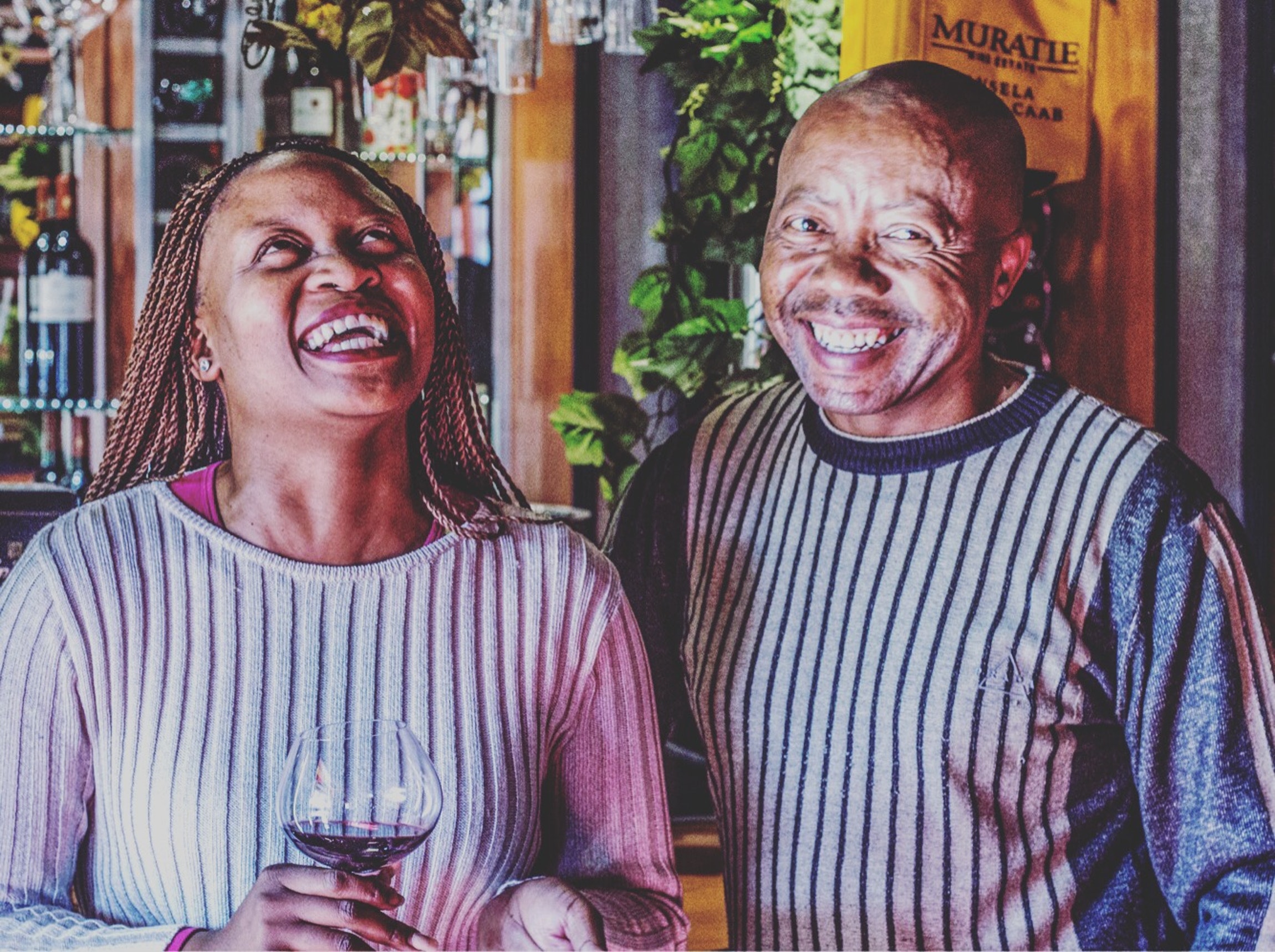