Sifiso Ntuli stands mending the lights above his entrance, passers-by greet him – he smiles and waves, he sees me and says he’ll just be a minute. I go inside, Miles Davis is playing. Hugh Masekela, Jimi Hendrix and Bob Marley salute from framed perches. Can Themba’s typewriter hangs casually from a wooden beam. Political posters and shweshwe bunting border window sills. Snapshots of Sophiatown festoon mantelpieces and bookshelves, artworks and etchings populate the walls.

Welcome to The Roving Bantu.

Sifiso sits opposite and we begin chatting, I ask him where he’s from and he smiles “Everywhere”. It’s a blanket statement, but one that holds water. Sifiso was born in Sabie, near Nelspruit, but has lived in Swaziland, Soweto, Tanzania, Toronto and New York. 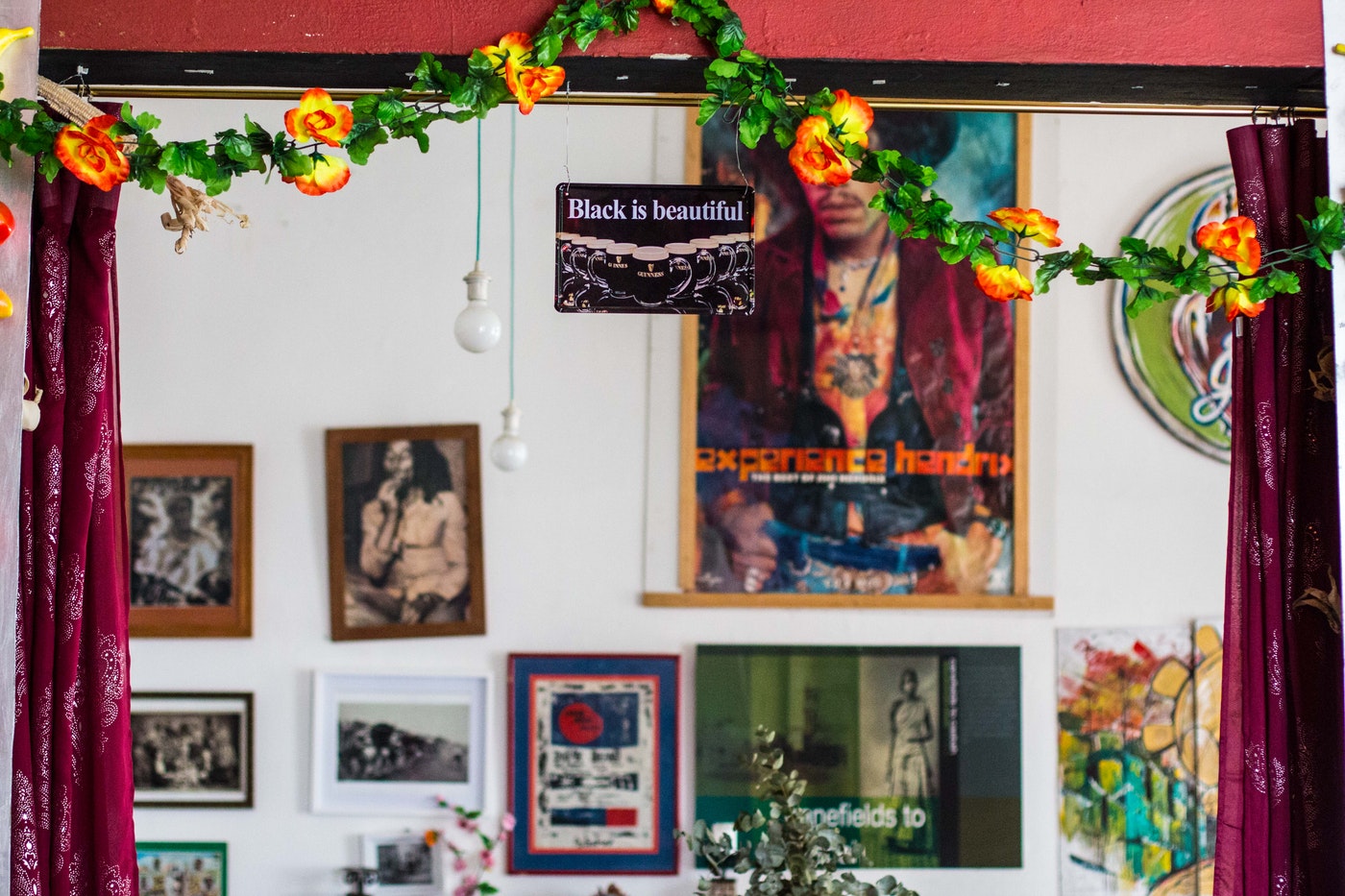 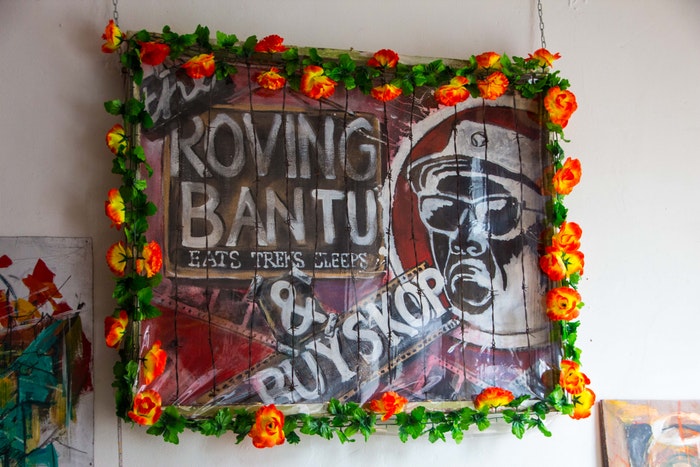 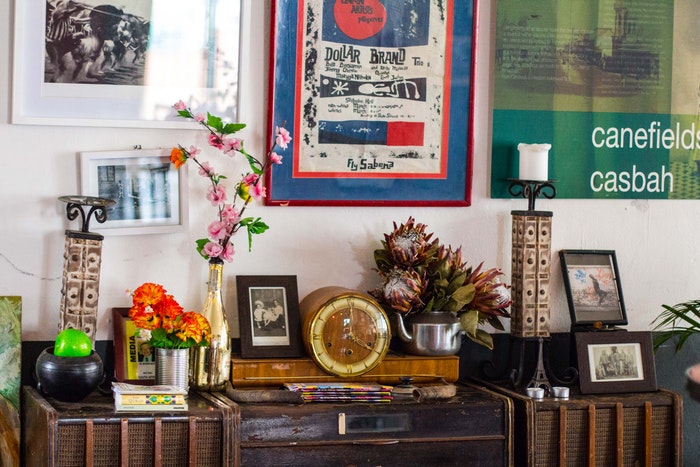 I enquire as to what a “Roving Bantu” is and he tells me it was a nickname given to ANC activists such as himself living in exile during apartheid,

“The Roving Bantu is a character, a person living up in the air, jumping from one cloud to the next, never on the ground.”

They were seen as wanderers, nomads in a state of flux - an idea he’s espoused in a positive light, because to Sifiso, we’re all just Roving Bantus.

Sifiso returned to South Africa in 1996 and found a country in crisis, a crisis of cultural identity, “In times of deep social conflict culture best expresses itself, but I knew that defining culture in the new South Africa was going to be a struggle. What is the new culture? It’s not the culture of Apartheid…You see we South Africans are so good at being against things, fighting injustices, but what are we FOR? What do we celebrate? What do we have in common? What does a South African SPACE look like?” 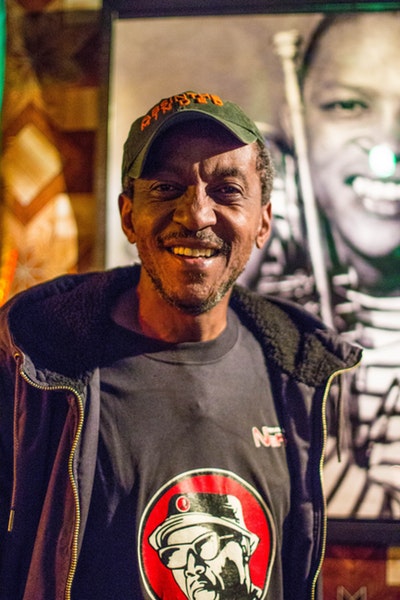 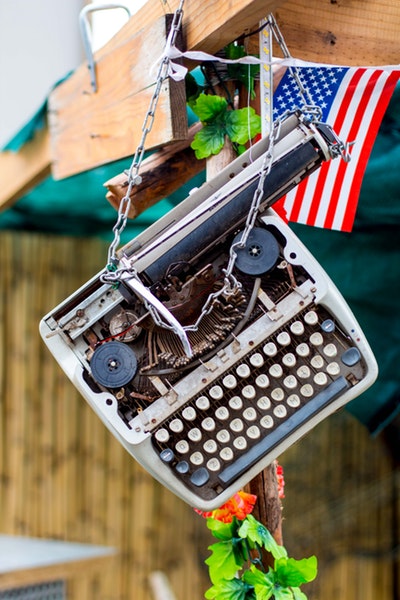 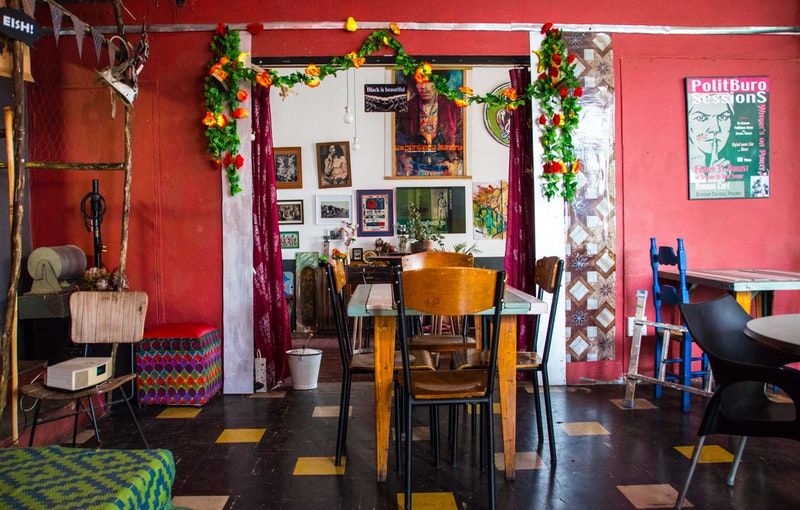 Sifiso will tell you it looks like The Roving Bantu: eclectic, haphazard, beautiful, comical, evocative, celebratory,

“It’s about imagining the impossible, imagining a South Africa a thousand years ahead (he laughs) I know it must sound silly.”

And maybe it does, but for those who have met Sifiso, who have engaged in this space, it sounds just right. Because The Roving Bantu is more than a live music venue and it’s more than a restaurant, “It is an eatery. A gathering place, it’s your grandmother’s kitchen.” It’s a space where people from all walks of life can share, debate and break bread in an environment that’s filled with culture, music and art. 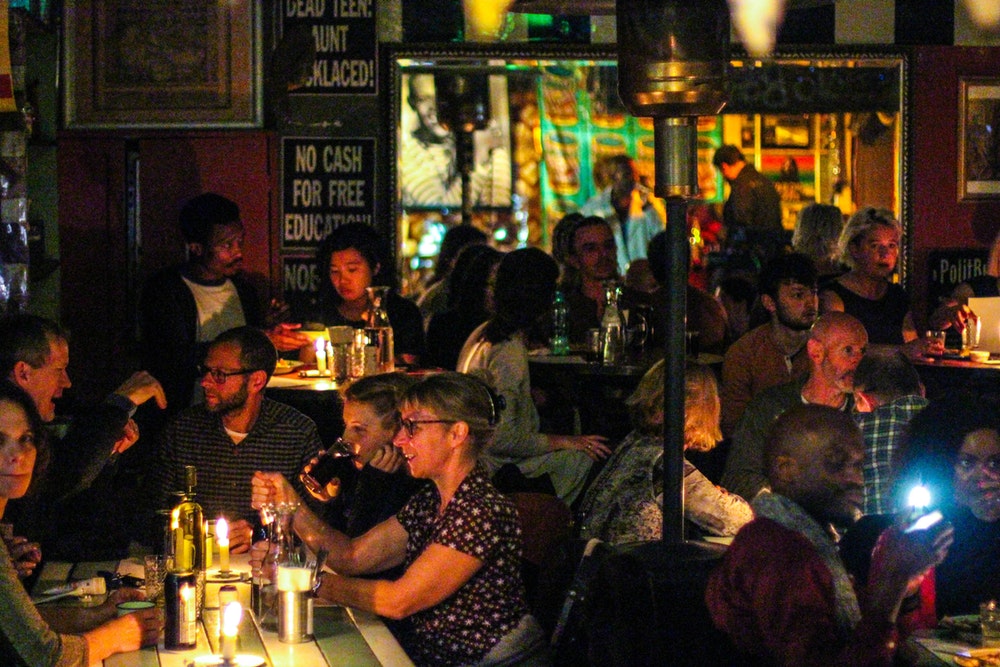 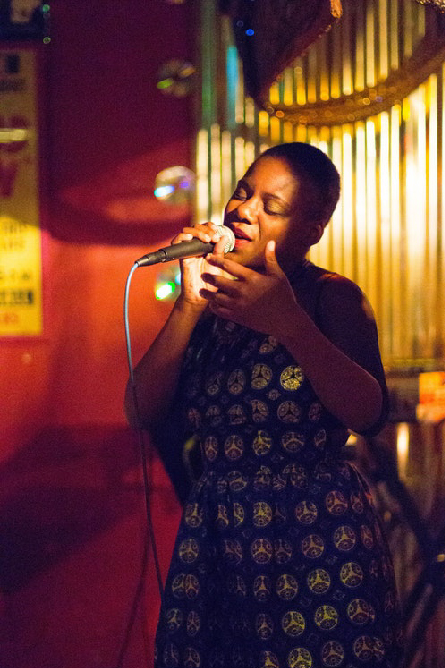 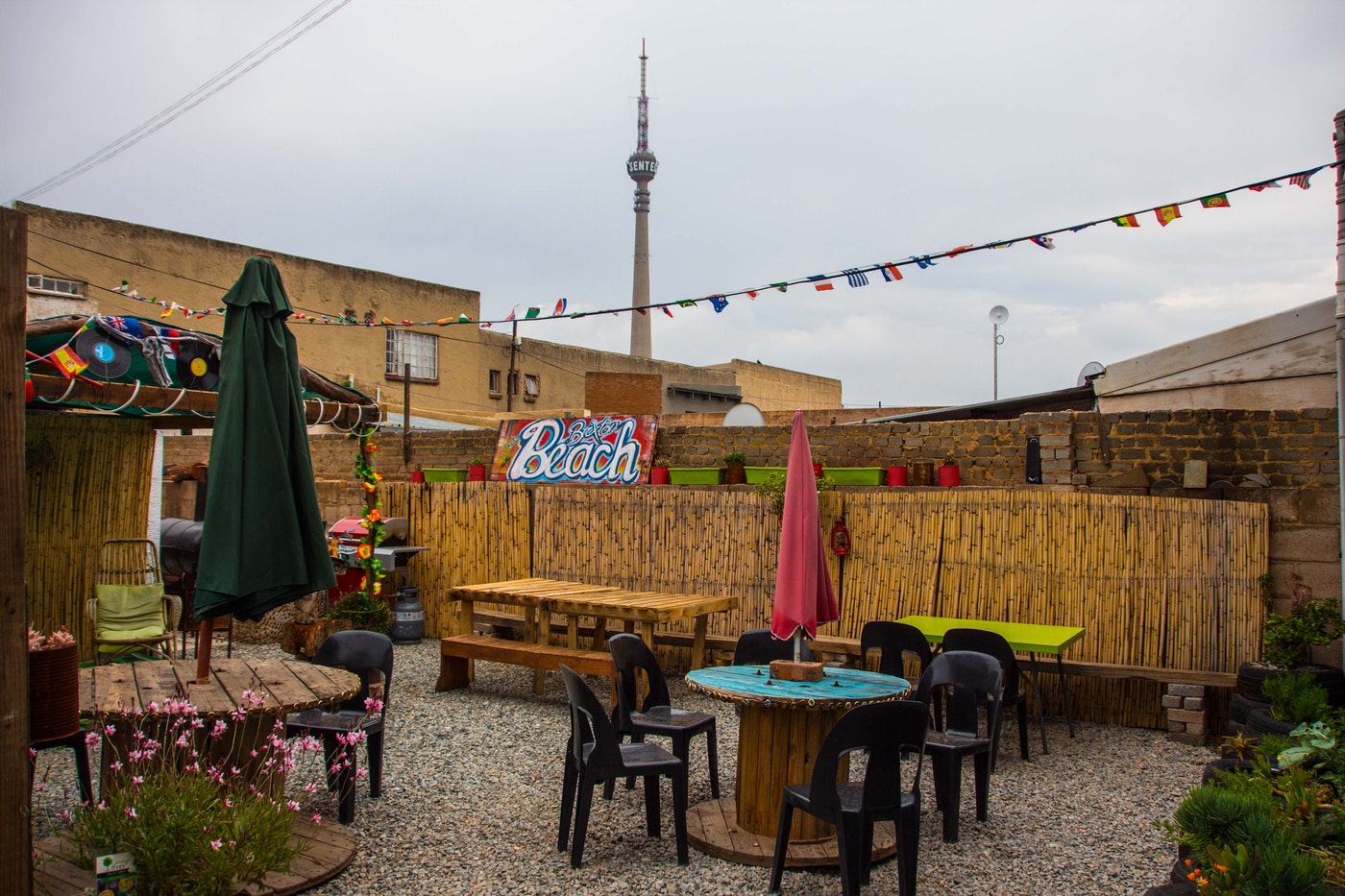 Wednesdays are “Acoustic spikes” music nights, on Thursdays they screen “Darkiementaries” followed by a discussion, Fridays and Saturdays there’s live music and a 3 course meal and Sundays offer “Kolor Filim” alongside a jerk chicken braai on “Brixton Beach”.

I’ve had the joy of going to one of their Saturday sessions, witnessing the stellar talent of Sowetan-born singer BONJ & Zimbabwean Jackie Queens. The two lit up the tiny Radio Bantu stage whilst a packed audience soaked it all up and savoured Sifiso and his wife Ashley’s homely soups, samosas, curries and stews. All for just R250 per person. 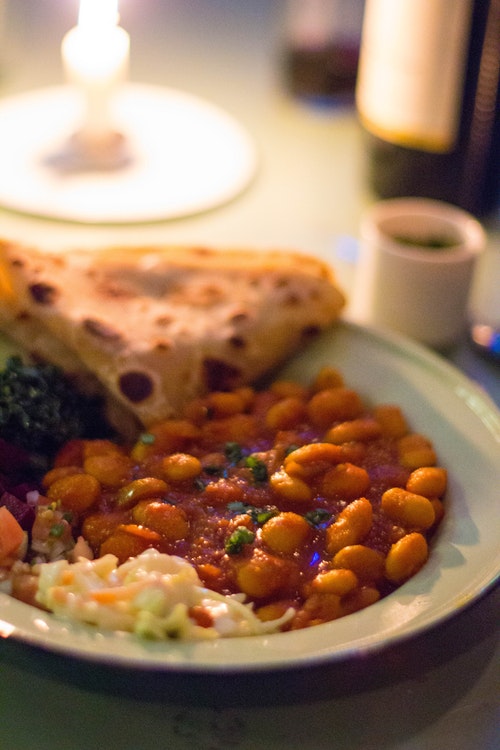 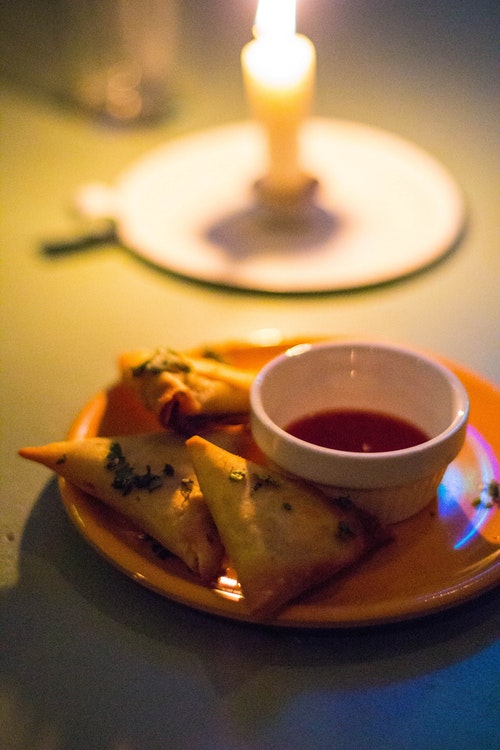 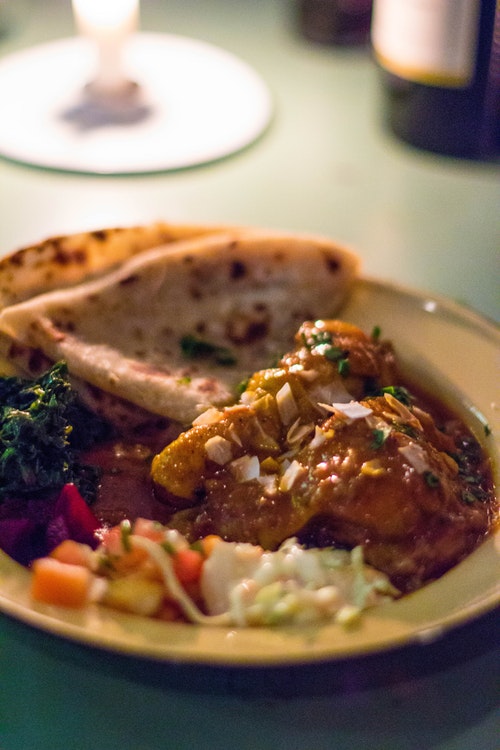 You’ll struggle to find a more soulful experience in Joburg (aside perhaps from the Yeoville Dinner Club). Sifiso jokingly describes what he’s created as “Where Sandton meets Soweto” but it feels very much like that.

I ask how he’d describe himself and then laugh at the triviality of my question – instead I ask him to describe what he does and he smiles,

“I’m a purveyor of happiness, getting people excited about life, without any labels. South Africa is so beautiful and I try and encourage people to see that beauty.”

Sifiso is a storyteller, a philosopher, a man who’s lived, who’s fought, who’s witnessed as many atrocities and he has acts of kindness and who’s come out the other side optimistic about our future, “You can’t take life too seriously. You have to be a prisoner of hope. You have to have a great sense of humour, so that you can tell a heart wrenching story with a big smile.” 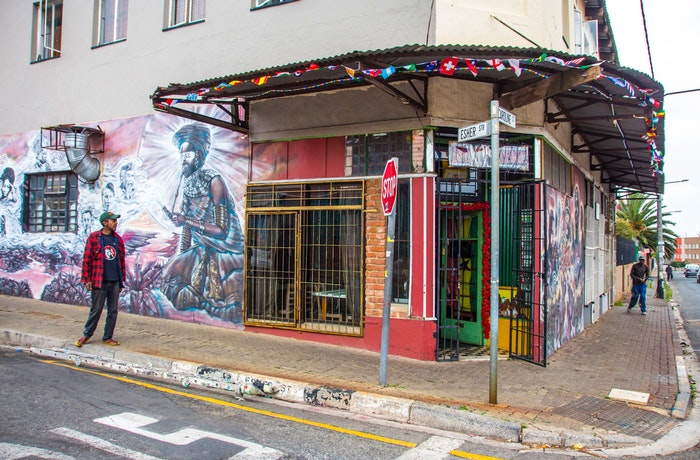 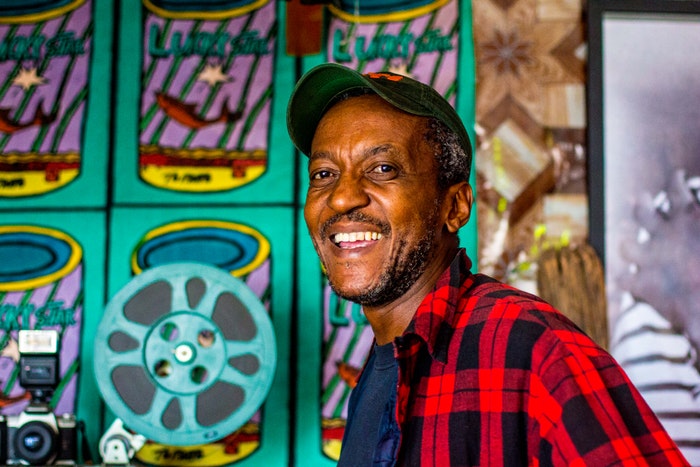 Sifiso’s words have stuck with me – “We South Africans are so good at being against things” – how true and how sad. But how inspiring that spaces like this are changing the status quo, promoting a shared experience, conversation, an opportunity for us to discover what we are all FOR.

Book for the The Roving Bantu here.

Find out about the line up here.