"This place [Afrikan Freedom Station] is important for artists like me because it's where you can just have the authority to do ...many things. ...Without restrictions, you just deliver what you are gifted with - whether it's painting, writing, film-making or music...It's a home for artists where they can express themselves. For me this place evokes a sense of pride because of its rich heritage." After hesitatingly opening up about his journey from Daveyton in the East Rand, to Westdene, west of Joburg, in pursuit of a music dream, musician Malcolm Jiyane explains why he sees Afrikan Freedom Station as his spiritual home for healing and artistic expression.

Jiyane is among a legion of artists, craftsmen, poets, writers and filmmakers creating an alternative in a decrepit suburb that is still recovering from a burden of apartheid era removals. “For me it’s a place where real hope of bridging the gap between modern suburbs and township living exists but it feels like we are merely putting a few drops of water into a bucket. For us as artists, it’s hurtful enough not to have had enough spaces where you can just sit and listen to music” he says.

It was no coincidence that owner of Afrikan Freedom Station, Steve Kwena Mokwena chose Sophiatown - formally known as the Western Native Township - as a place he would use to explore the relationship between people and their city - in particular, black folks. "I am interested in the history of the pursuit of freedom and its relationship to the city. Sophiatown was my father's playground and my grandmother lived here. I bought a house in Westdene in 1995. My sisters subsequently bought in the same street so there is sub-clan of us who came to live here. … The fact that [Afrikan Freedom Station] is close to Sophiatown … brings all these memories, these artistic ghosts, with it, [which] made it absolutely perfect. It's a spiritual place, art and culture is spiritual in a sense that it is about meaning and our place in the world. In a sense, the Afrikan Freedom Station might also serve to re-establish Sophiatown as a cultural capital”, says Mokwena.

After moving to the area Mokwena, who is a passionate filmmaker, artist and cultural activist, wanted to start exhibiting his art work. He came across the space that now houses the Station, on a trip to his dentist, who also happens to be the landlord. Jazz is in Mokwena’s blood - his grandfather, Jacob Madumo was an alto saxophonist with the Jazz Maniacs, and this also inspires some of his art. 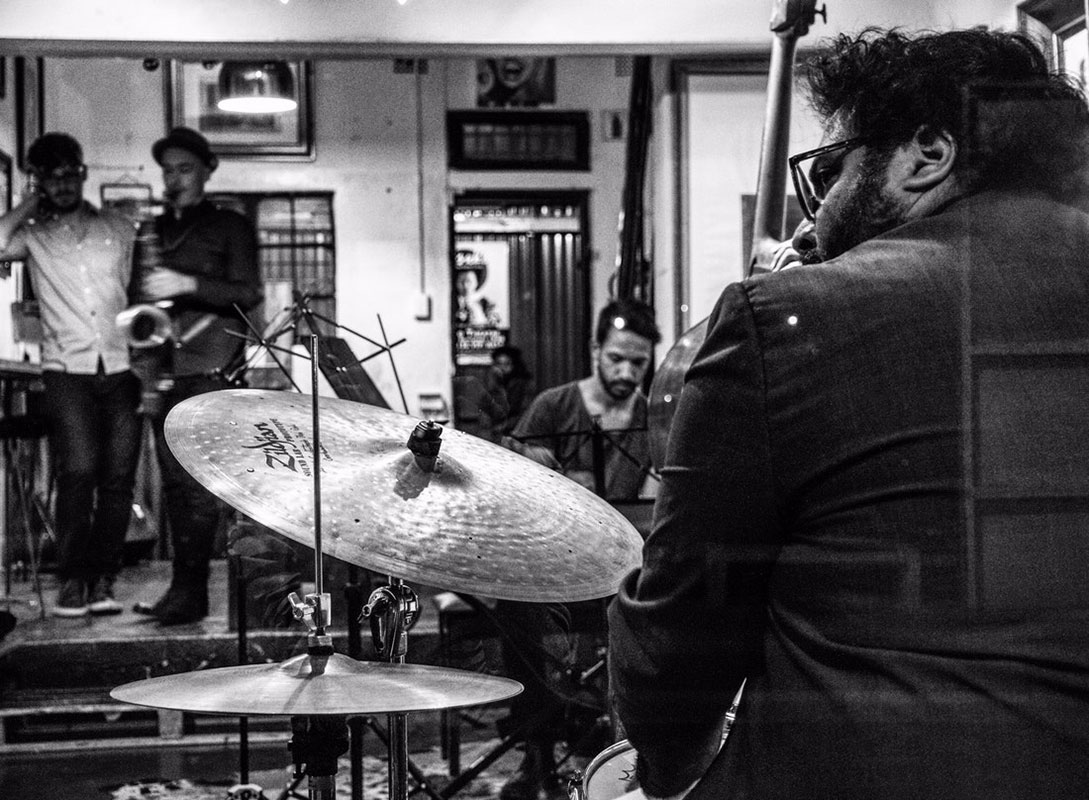 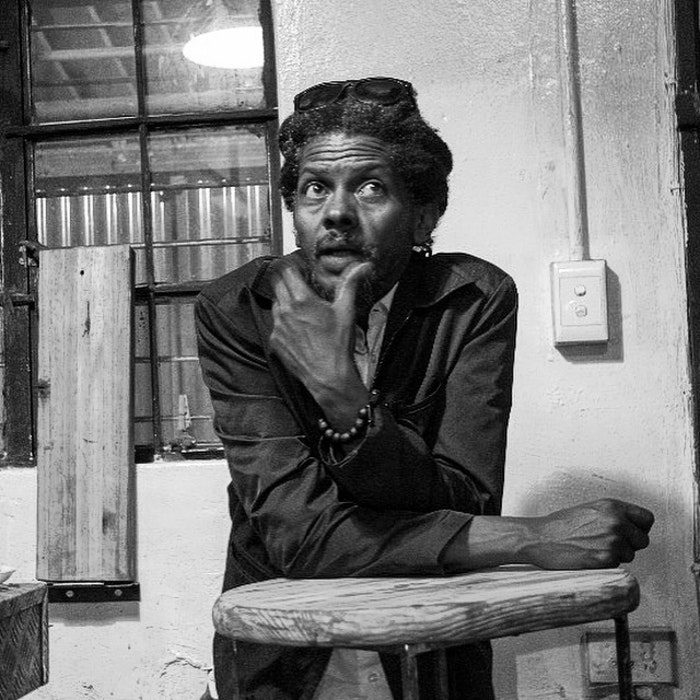 Even though the spot is referred to as a station, it has no historical or current links to public transport except the humdrum of cars and taxis passing by on the street in front. To Mokwena, however, the Afrikan Freedom Station is a junction of conscious people who come here deliberately to feel and get their own experience. “We are all on a journey going somewhere, now and then we pass the Freedom Station and we contribute something in that process. We think of it as constant frequency in the sense of broadcasting if you like", he says.

"The artistic expression has far outweighed the infrastructure and the architecture of this place. The brand is far heavier than the stools that you see here and that tells you something about how hungry people have been to actually express themselves" he says. In playing this role, it might as well be a place of an emerging movement to protect urban heritage suffering under the onslaught of increasing western influence, traffic and new developments. "The high class galleries and restaurants that capitalize on our culture actually benefit from our funk. We are the culture, they are the infrastructure but we own none of it. It means that we are perpetually excluded from getting a share of the culture money in the city", says Mokwena.

"Urban spaces only talk one language, they want to sell you something, we can talk in another one," he insists. "Our primary mission was always that we are here to connect the next generation through art. I still like it but what I like more is the idea that we are here to inspire each other to create on our own terms." His real dream was to create something that defies definition, a space where people who have never read anything about music will be able to read.

"The spatial separation of people has persisted and this is why the Freedom Station is important as a question mark on the landscape of real freedom." - Steve Kwena Mokwena

"Rather than being understood as a fringe group of artistic people who live on the side we want to see ourselves as being instrumental in challenging the mainstream as it stands by creating alternative means for ourselves”. 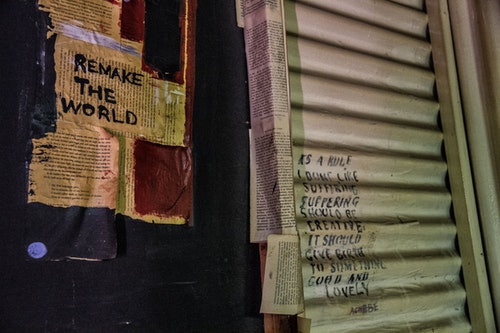 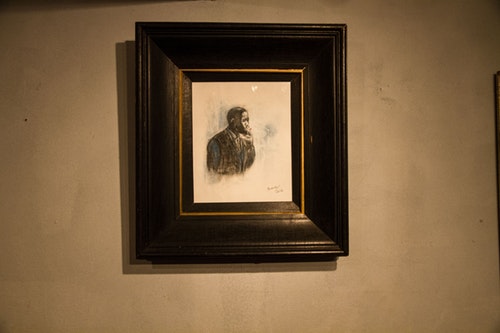 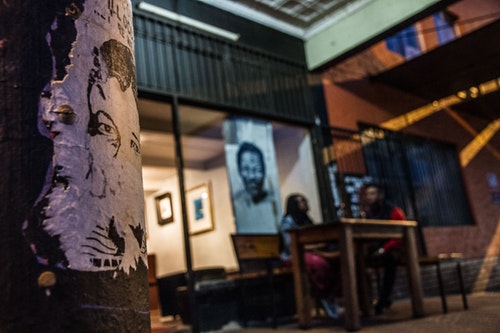 "It's a hang-out place, it’s fun, we play mean music, we create crazy things but when we are not doing that, I want people to be discovering, learning and re-framing because this city is ours." - Steve Kwena Mokwena

At the heart of Afrikan Freedom Station's mission is the quest by Mokwena to inspire people to take back what belonged to them and change their relationship of body and mind to the city. "You don't have to come in and participate in its [the Afrikan Freedom Station's] rituals, just when you see it and [that] it's in Joburg next to Sophiatown, that raises a debate in you. All of this urban space is ours and we belong here. There is a memory of our people even before this kind of modern industrial experiment and that is really what pushes me."

Mokwena bemoans how Jazz is now branded as rich people's music but the lives of Jazz musicians are not that of [the] red carpet [lifestyle]. The function of music, painting and dance in African culture pre-colonial era was ritual, it was how people were brought up, how people celebrated, and [and how they] buried their loved ones. "When there is a space where they are just going to play for their heart, it changes everything - our job is to be humble servants of that thing all the time." Bearing this in mind, Mokwena says there should be no money between the ear and the song being played. However he is also not against making money. "For example, we let people come into the station on trust and once people start enjoying the music that is playing we come for an offering to pay the band. The majority of people want to give - even those who may not have anything at that time", he says.

If the walls of the station could speak, they would reveal a roll call of great names in African talent that have made the place a cultural melting pot. Mokwena admits that no amount of money could get Herbie Tsoaeli, Feya Faku and Marcus Wiley to perform at the station because they are priceless…The thing about them is that a sense of belonging is a big thing. It's not just about the white tablecloth and the performance for consumption, it's that thing about meeting people that brought them here," he said. "If this was about money only it would have long closed down. But as a cultural propeller that has launched people and continues to do that, it makes eminent sense."

Jazz saxophonist Bobby Merkel, known as one of the greats on the Sophiatown music scene, often plays at The Afrikan Freedom Station. We spent some time with him and heard his story.