It's the ideal of almost every girl who ever lived. A perfect, romantic wedding to the man of their dreams. But ask yourself this question: do you want to be married? Because that's what a wedding leads to. Every single time. And a wedding and a marriage are not the same thing. One is a whirlwind, fairytale day of love and romance, and the other is, well, a little more hard work at times. Although, actually, there's no reason a marriage cannot be filled with love and romance, is there? In this article, we hear one bride-to-be's view on the subject, and how she has resolved, in her own mind, what she wants for herself.

When I was at high school my girlfriends and I spoke about marriage a lot, I think most girls do. I wanted to meet my husband-to-be at 26, marry him at 28 and have kids straight away so that I would be close enough to them in age to still be cool...I am 33, I'm engaged, we're getting married in a month and I do want to have children, but I'm not sure there will ever be a convenient time...

As the cliche goes, finding the man of my dreams was more about finding myself. Only after a series of significant heartbreaks in my twenties (mostly caused by the fact that I was ready for love and they were not) could I actually put into words the specifics of who I really wanted in my life and, rather crucially, who I definitely did not.

As a teenager I remember deciding that my dream partner would be: funny, handsome and intelligent (in that order). Almost twenty years later, the list looks rather different: kind, intelligent and adventurous. In the same way when reflecting on what I wanted my wedding to look like, it was about precisely that: the look, the dress, the romance...Today I think about what my wedding should feel like: the vows, the speeches, the people...the first kiss.

To put it bluntly, the cost of getting married is ridiculous; research shows that most low-end weddings cost R700-R800 a head whereas high-end weddings are more on the side of R1500-R2000 - the equivalent of a deposit on a home. So I had to ask: "why on earth do I want to do it?"

I've had this debate with myself for a long time, trying to figure out whether it's societal pressure that feeds this need of mine or whether it's deeper than that. I've lived with my partner for five very happy years. We're committed to each other and in love. We went out with friends the other night who've been together for twelve years. They're not married, they have a ten-year-old child and they're also very happy. So why can't I be satisfied with waking up next to the person I love knowing that each day we are choosing to be together? It certainly sounds romantic. So I then I had to pose the age-old question: do I want a marriage or do I want a wedding? And the answer was: I want both.

2016 was both the most heart-breaking and heartfelt year of my life; my father passed away and my partner asked me to marry him.

Watching someone die from terminal cancer wasn't like in the movies for me. It was abrupt and brutal. There was no space to talk about what was happening, for how can you talk to someone about dying when they're trying with every inch of their being to stay alive? It was unspeakably sad, but I am grateful that we had time for hugs and love and holding his hand. I learnt a lot about love and resilience and the real meaning of the words "for better or for worse." I now have an appreciation for the gravitas of that seemingly simple phrase, all too often glossed over in ceremonies: it will be fundamental to mine.

Personally, I spend too much time living in anticipation of tomorrow rather than being present in today and saying goodbye to my father and the all-consuming grief I experienced thereafter also reminded me of the need for celebration, for seizing the day and for making each moment count.

For without celebration, without occasional bouts of annoyingly garish optimism, without a leap or two of blind faith, what is there?

Isn't it magnificent to take a day in your life to dedicate to love, to all that is good in the world surrounded by everyone you hold dear? To look someone in the eyes and to say: "Let's jump."

In the same token I lack the ability to take the time to sit and reflect (it sounds like I'm in a constant state of semi-consciousness doesn't it?), but this journey, from the moment I said yes, to saying goodbye to my father, to the year we've spent planning our wedding, has given me a chance to do that. To sit quietly and write the vows that express how I wish to be and be treated, to think about who is truly important in our lives and to reach out to them, and to chart the path that we are embarking on together, together.

Whilst romance is a construct, love is not, so I do want a wedding. I want a wedding and a marriage; both hand-stitched with love and filled with truth, for better or for worse. (And a good sprinkling of romance and shear frivolity, because nobody's perfect.) 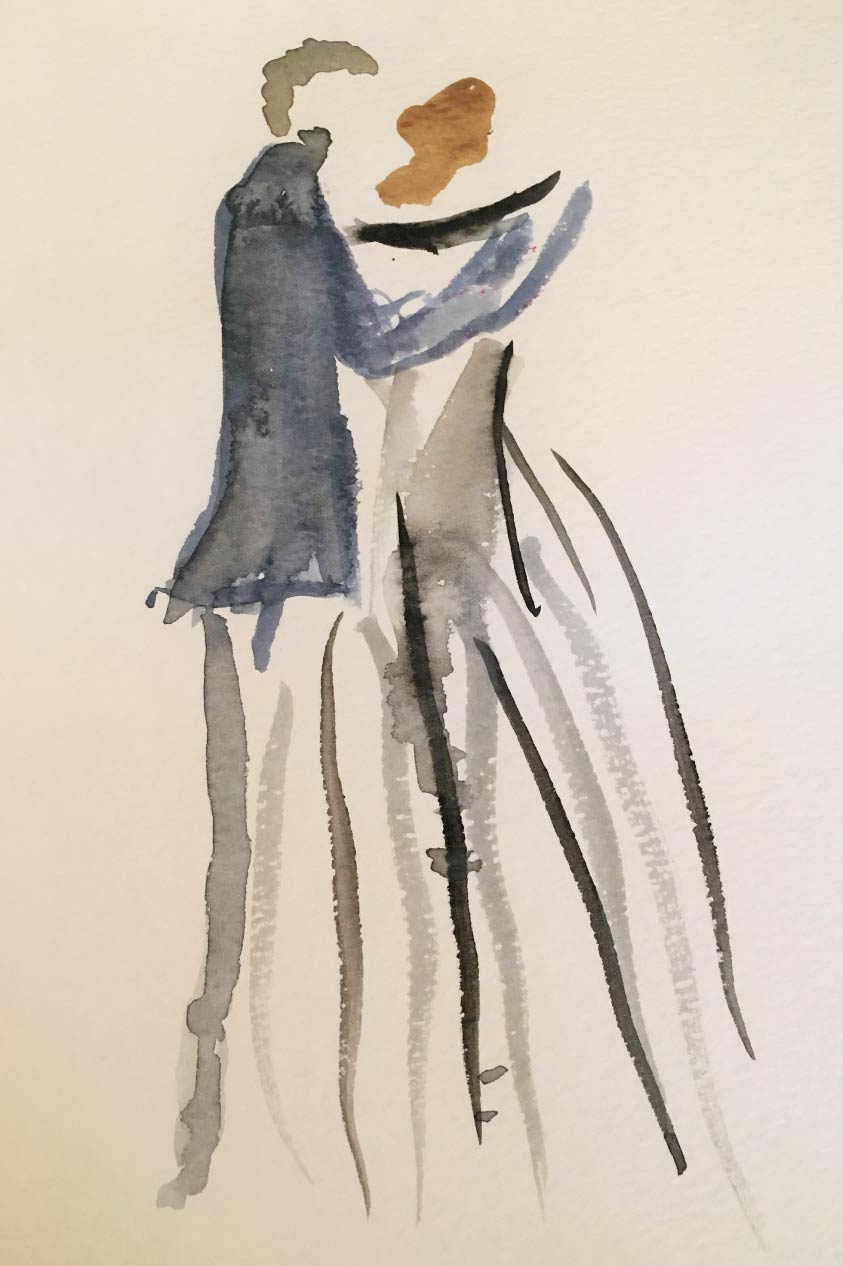