ReWare, a company that provides high-quality, certified, pre-owned iPhones and Samsung smartphones, is the dream child of Nothando Moleketi-Williams and Felix Martin-Aguilar. In 2015 they identified a gap in the market fuelled by a demand for affordable smartphones from a trusted source. In just two years the company has grown its presence from 14 to 160 stores across South Africa with plans to expand into Mozambique, Lesotho, Tanzania, Kenya, Ghana and the DRC as well as Hong Kong, Spain, Italy and France.

In conversation with Nothando I begin by asking what it really takes to succeed as an entrepreneur...She smiles, "A lot of grit and resilience. I think that as South African's we struggle with starting; a lot of people are risk-averse and we see failure as negative, rather than as an opportunity to learn."

Nothando is the child of political heavyweights Geraldine Fraser-Moleketi and Jabulani Moleketi; she was born in Harare during their exile and lived there until she was six, "My parents sent my brothers and me back to South Africa because the SA Security Police were targeting ANC members in Zimbabwe. Coming back to a segregated SA was a shock; we grew up interacting with different races and our parents brought us up in a way where equality was important - a thread that I've carried throughout my life."

After matriculating and completing a degree in Commerce and Economics she went straight into management consultancy at Deloitte, "Consulting was a great training ground; it taught me to be solutions-focussed and gave me the approach and tools with which to tackle any problem." She then joined Cell C's strategy team where she met her business partner Felix, but before they joined forces she saw an opportunity with a startup called Zomato. "I assisted them in setting up all their operations, but I soon realised that the amount of work I'd put into the business required more than just a salary. I wanted to start discussions about shareholding, but they weren't open to it." She quickly learnt that the key to getting involved in a startup at ground level was ownership, "So that as the business grows you get the benefit of all the hard work you've put in. When Felix came to me and said 'I have an idea, are you interested in doing something?' I said sure, but I want some shareholding. I then bought into 30% of the business whilst Felix had 70%"

The business began as an online platform buying second-hand cellphones to supply the foreign market, but they hit a glitch, 'Consumers would use our prices as the benchmark and then go onto gumtree to try and get R100 more. On the back of that the biggest question we were being asked was 'where can we buy these phones?' They realised they'd found a gap in the South African market. 'You've got this big trading environment happening in the online classifieds and stores popping up in the Plaza and Joburg CBD, but we could enter this business offering something more: we could offer certification.'

Each ReWare phone is quality checked and certified through an 11 category inspection which includes over 40 tests. Once they're assured of a phone's quality, it's boxed in ReWare packaging with new accessories and sold with a 1 year warranty.

They quickly reached a point where the business was self-funded, so the next step was getting working capital assistance, but they found the banks to be no help, "They're not geared to assist entrepreneurs and we experienced that first-hand. We couldn't even get an overdraft; in fact we still don't have an overdraft facility."

Instead they turned to investors in the telecoms environment to see if they were interested, and as of June 2016 they formed part of the Blue Label Telecoms group, "It was a strategic partnership that made sense not only because it gave us access to their distribution network, but because the culture of their company is similarly entrepreneurial."

Fast forward to the present and ReWare is in over 160 Edcon, Edgars, Edgars Connect, Jet and Jetmart stores, they've launched their e-commerce site and their team has grown from 2 to 15.

"A lot of who I am sits in my career space, because I spend a lot more than 8 hours a day in this space. I eat, sleep and dream about this business."

We talk about entrepreneurship in South Africa and Nothando reiterates her frustration with the banking sector, "I was in the privileged position of having a family that could assist me when we first got into this business, but most South Africans don't have that, and they don't have assets that can be held as surety which is often a requirement of startups. Banks also require a business plan in English which is just ludicrous when we have 11 official languages." 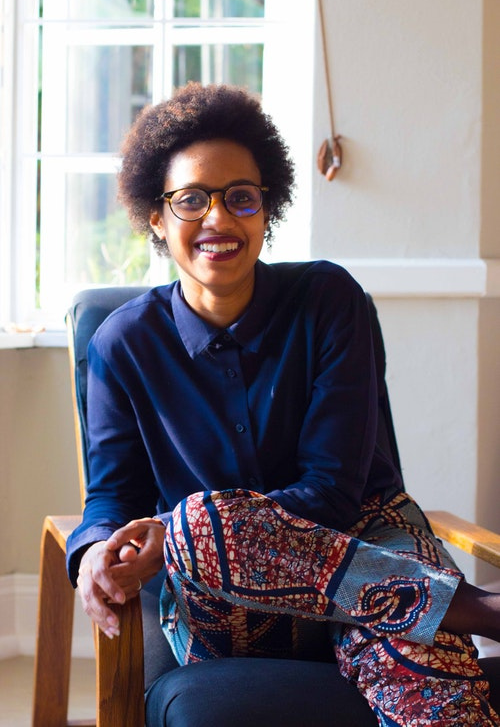 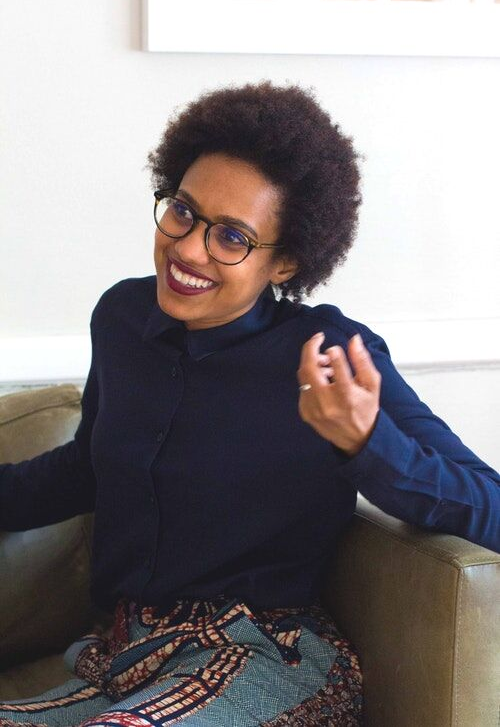 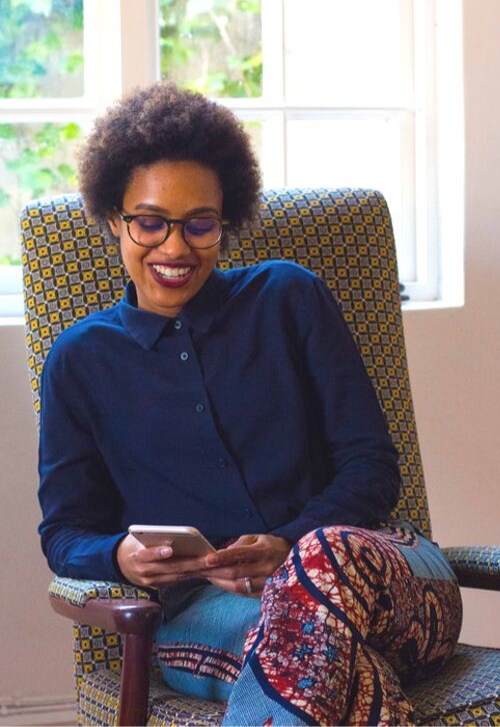 On a positive note she tells me about The Awethu Project - a company that incubates small businesses, educating the owners and giving them the tools necessary to grow sustainably whilst also investing in that growth. "They're walking the journey with these business owners, whereas the banks will only give you money."

We speak about the 'entrepreneurial spirit' that exists on every street corner: people selling fruit and veg, cooked meals, phone chargers, umbrellas in the rain and scarves in winter.

"We just need more incubators to take these businesses to the next level and make them more sustainable rather than just hand-to-mouth."

She brings to light what government is doing through websites like https://secure.csd.gov.za/ where you can enter your business details for inclusion in any government-related, tender opportunities, but she says government is not doing enough to educate the average South African about these and other tools.

I ask her about her aspirations and she tells me earnestly "I always wanted to make an impact...to create jobs and show other people that it's possible."

"When I was in the corporate environment one of my goals was to change the complexion of corporate South Africa and with ReWare it's about creating jobs and growing our employees' skillsets by paying for a portion of their studies. We need to find opportunities so that more people can have a better life. We have big equality disparages in South Africa that we have to address and we have a long way to go."

Nothando explains that, in her opinion, the media needs to shine a brighter light on successful entrepreneurs, getting them to share their journeys as well as the challenges they've faced, "The Mail and Guardian 200 Young South Africans and websites like SME South Africa add a lot of value, but it should be spread across the board. We need more stories, more entrepreneurial stories."

On reflection, she says she owes a lot to her husband, Bradley Williams, "He's always been self-employed, and having someone I could lean on and who gave me practical advice made it easier to take the risk.

A lot of people don't think about the real choices you have to make, like choosing between buying groceries or putting petrol in your car, and Bradley would remind me: 'This is real life: this is what it is."

After listening to her story, I ask Nothando if, given her experience, she'd do it all again...She smiles and says "Yes. I would do a few things differently, but this was my first time being both an investor and the co-founder of a business, so it's been about learning. When you get an opportunity like this, you just have to do it; you just have to take the leap. People will have an idea and talk about it, but they don't actually action it. I always say: do it sooner rather than later."

Words and Images by: Kate Liquorish