The man with the funny bones

Kagiso Lediga is a renowned stand-up comedian, producer, director and actor, but above all else, he's a hustler.

He's unapologetically honest and slightly brash, but he has a softness about him that renders him inoffensive in a way that a lot of comics don't. And then there's his laugh, his laugh is devastatingly infectious.

Kagiso grew up in Soshanguve before his parents' divorce instigated a move to Pretoria. Here he met and befriended a boy who lived in the same building, a funny guy by the name of David Kau.

Kagiso's big dream was always to study to be a director in New York, but financial constraints meant he had to opt for his other big dream: getting as far away from Pretoria as possible.

So he headed to UCT to study Drama alongside David. The two had a knack for comedy and began by testing out their stand-up in 'Open Class' - a forum that allowed students to try out new work in front of their peers. 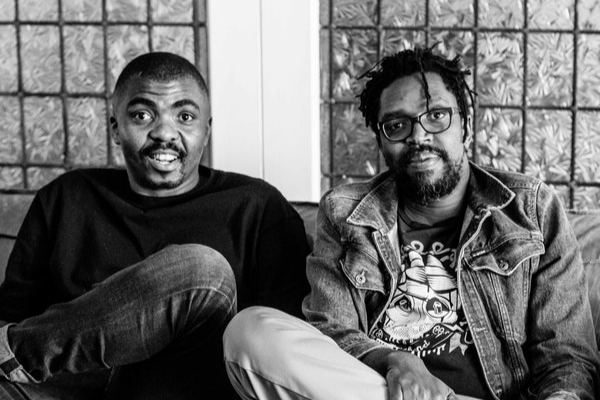 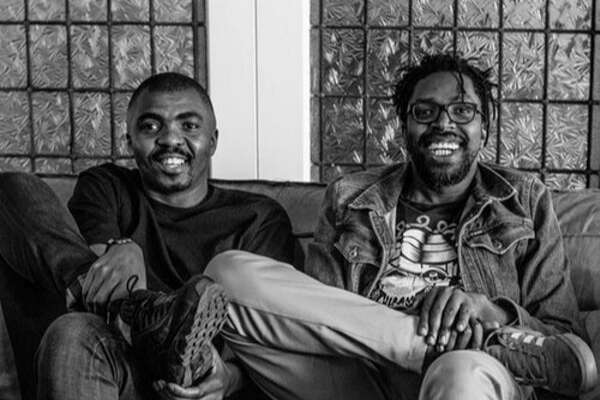 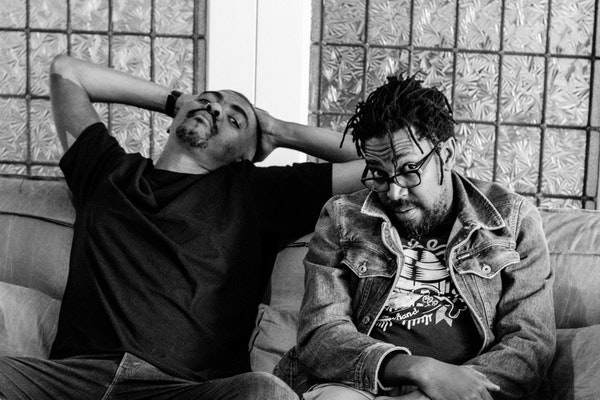 Kagiso didn't finish his degree; concerned about his mother's finances he decided to leave a year before graduating to pursue a big business venture with a few friends, he laughs "It was such a bad idea!" Tears of laughter well up in my eyes as he continues, "We got our first gig with Old Mutual; they were looking for qualitative market research into the black sector which was the new big thing. I remember everyone wore suits to the meeting and all I had to wear was my Matric dance jacket. We got the gig and they gave us a cheque for R60000! I was young and I didn't know shit about anything; I went in there because I wanted to make a sketch-comedy show and I thought the guys I'd partnered with could help me do it."

Meanwhile David (who was a year ahead at UCT) had graduated and been picked up by a big management company, "Next thing he's white water rafting on Top Billing, then he gets a publicist and all of a sudden he's a super star. He was the first black guy to officially be a comedian."

Comedy was Kagiso's obvious vocation, but he fought against it in the pursuit of big business. The next few years saw him being down and out with nowhere to turn and the rent due. He refers to this stage of his life as 'the directionless youth stage'.

He worked as a gardener cutting hedges between gigs and met and moved in with a bunch of stoner techies who lived a hermitical existence in a rundown house in Rondebosch, paranoid of being discovered by the CIA (true story). Luckily the next big business deal was in sight, but one of his partners tried to screw him out of the contract - a move that resulted in the breakdown of the company./p>

Then came his first break: The Smirnoff Comedy Festival, "Russel Peters was there (he was just starting out), so was Jimmy Carr, Greer Barns and so on. There was this tiny room upstairs for new acts where local comics did sets, but nobody ever went to that room (we laugh) maybe three, five, seven people, and I got two slots and 300 bucks. I didn't think anything of it, but a month or so later I was walking in Rondebosch and Marc Lottering screams at me down the road 'You!' - He tells me they'd been looking for me and they want me to join this thing called The Cape Comedy Collective. Everyone was there: Riaad Moosa, Conrad Koch, Tshepo Mogale, Stuart Taylor, Sarah Hansman, Marc Lottering, Tracey Klass, Paul Snodgrass...the list goes on. I joined and that was it: I was a comedian." 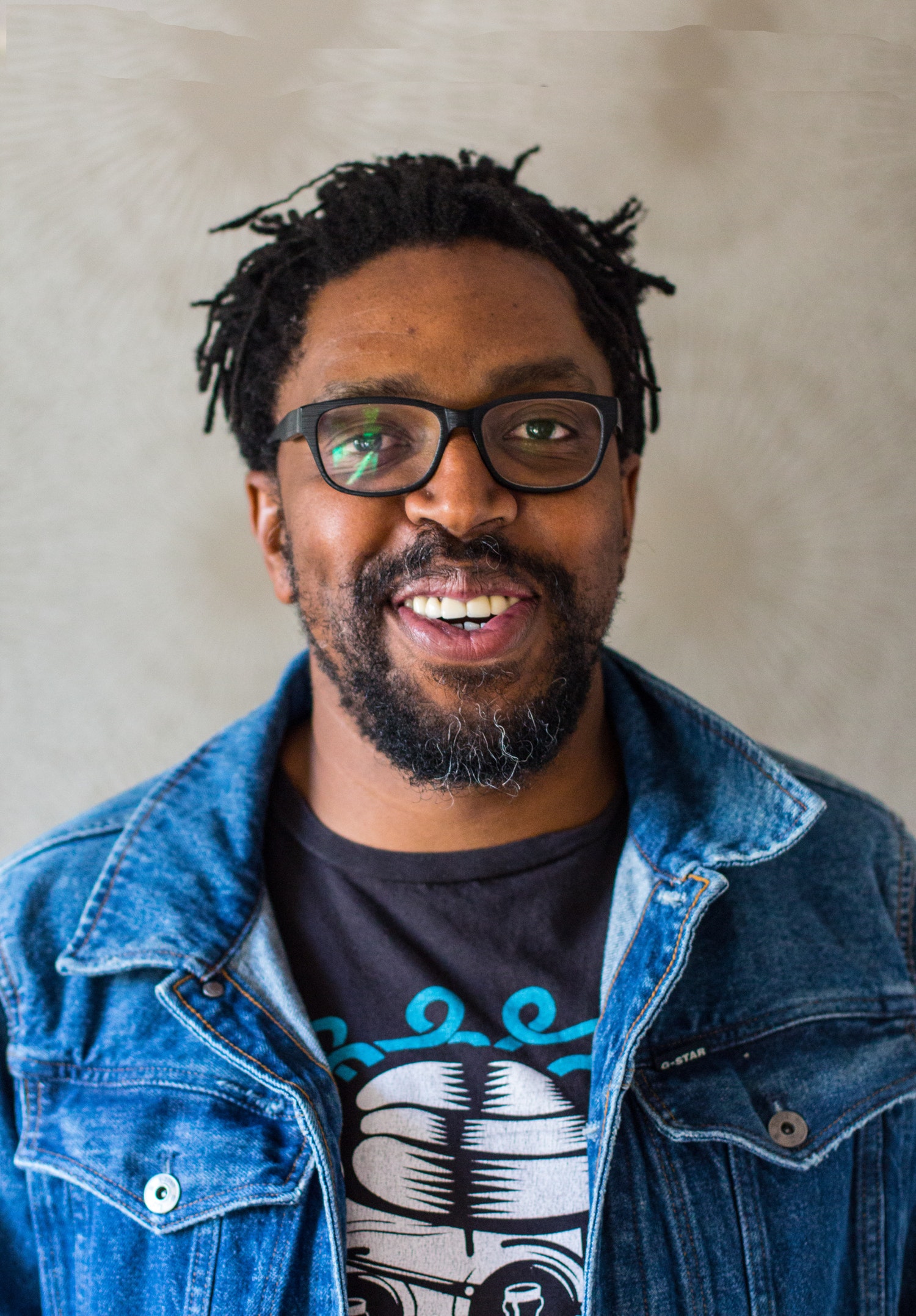 All the while he and fellow comedian, Jason Cope, had been working on their idea for the sketch-comedy show, but a call from David telling them that a guy called 'Phat Joe' had beaten them to it dashed their hopes. They were devastated, but David's manager said he was willing to give them R25000 to shoot the pilot and get it off the ground. They shot it, sent it out and then everything went quiet... Jason left to work as a painter in London and Kagiso continued pushing his stand up.

He got an opportunity to move up to Joburg to start working on The Phat Joe Show, "Everybody was talking about his show and David and I ended up being like this comedic duo. What was crazy was that I was broke, I didn't have a job and they offered me a position as one of the creative directors, but I said I couldn't do it because I needed to concentrate on making my own show." They agreed that Kagiso would work for them part-time taking the sports presenter slot "I didn't give a shit about sports, so I just told anecdotes and somehow it worked."

Suddenly David and Kagiso were a hit: radio shows, writing for TV, gig after gig, it was good times, or as he calls it "the golden years".

Then came 2003 and The Edinburgh Festival. Kagiso was preparing to head off with The Cape Comedy Collective, but he got a call from the SABC. They'd found the proposal that he and Jason had drawn up years before at the bottom of a pile "Everything started happening at once and I was just saying yes to it all."

Whilst in Edinburgh he got an email stating that the show was confirmed to start shooting in a week, but his tour was meant to last three weeks.

"I told the producers of The Cape Comedy Collective and they weren't happy, they tried to lock my stuff in the house so I couldn't go and Riaad eventually had to break in to get my bags..." A few close calls, one missed flight and a day on a park bench later, Kagiso was back in Joburg and The Pure Monate Show (PMS) was born.

All the comedians quit their day jobs and came on board.

"The timing of it was perfect, there was nothing else like it on TV; it was cross-cultural and truly South African at a time when most of the shows on TV were American. It was racy, cool and un-PC."

It was an instant, cult classic.

PMS got 2 seasons out of the SABC. By 2005 the team were out of work, and John barker (director of PMS) said they should use the opportunity to make a movie, which is how Bunny Chow came to be. "We kept calling ourselves film makers but we'd never made a film. We were going to shoot it at OppiKoppi and we were going to put everything we had into it."

At the first showing it was 3 hours long and very rough around the edges "The editor was playing with it, then something happened and it was black and white for second, and suddenly it looked cool." They cut it down and screened the film at Ster Kinekor in black and white. After some feedback from Cameron Bailey that included adding a few scenes, they found themselves premiering at the Toronto International Film Festival.

"We got picked up in an escalade by a guy who's just dropped off Reese Witherspoon. MTV came on board with the project and suddenly we were big news. We were hanging out with Vince Vaughn and Christian Bale, Tarantino and Samuel L Jackson. We travelled round the world for two years with the movie...It was crazy, it was rock 'n roll."

Kagiso tells me about David bringing a kid called Trevor Noah to watch the movie at Rosebank, he laughs "He was this young guy with corn rows and weird shoes." He wanted to be a comedian so they brought him on board. Then came Wonderboy for President, Bantu Hour and most recently his film Catching Feelings. Kagiso tells me excitedly about his latest project Matwetwe, a film they just managed to raise enough money to make and then shot in 9 days, "It's rough, but it's been seen by festivals and it's got a real shot."

With so much happening, I ask Kagiso to reflect on the highlights of his career thus far: "Most of the time it's the stand up, that feeling of standing in front of 2000 people and making them laugh...and the risk of a new joke."

We get to talking about his biggest influences and he smiles, "My mother and my grandmother, because they have this endurance thing, a 'just do it' attitude. Tamsin, my producer and partner because of her emotional honesty; she makes my work better because we understand each other. And, of course, John Barker."

I ask him about the biggest lesson he's learnt along this crazy road and he sighs, "Everything takes time; it takes as long as it takes. And having the talent is one thing, but doing the work is something else." Speaking of talent, I ask if he thinks you have to have a special 'something' in order to make it as a comedian and he smiles "You know in that movie Funny Bones, well they say you either have to 'tell funny' or you need to have 'funny bones', I think it's like that."